After being subpoenaed to release the names of anonymous Steam users Valve has responded. But the response is not sitting well with Digital Homicide. Valve took swift action last weekend to remove all of Digital Homicide's game from their online market place. While these games will still be playable by those who had bought them previously, the games will no longer be able to be purchased via Steam. 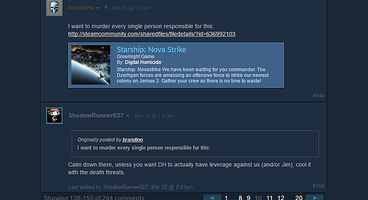 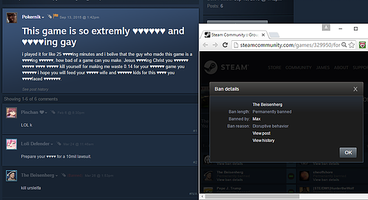 The reasoning behind Valve's move? Digital Homicide is too hostile towards Steam Customers. The specific quote from Valve spokesperson Doug Lombardi given to Tech Raptor was short, clear and to the point: "Valve has stopped doing business with Digital Homicide for being hostile to Steam customers." The hostility referenced could only be in reference to the size and scope of the lawsuit that Digital Homicide has attempted against the 100 Steam users that were unhappy with the quality of the games the developer provided.

However, the story does not end there. Digital Homicide has also responded to Steam's removal of their games with an official statement of their own. The gist of the lengthy response is that Digital Homicide feels unfairly treated by Valve due to the negative comments of the Steam users and Valve's response of removing the Developer's means of selling what has been dubbed by some users as "shovelware". Digital Homicide's response can be viewed in its entirety on their website along with contact information as they seek legal representation against Valve.