Hitman gets a final, on-disc release in January 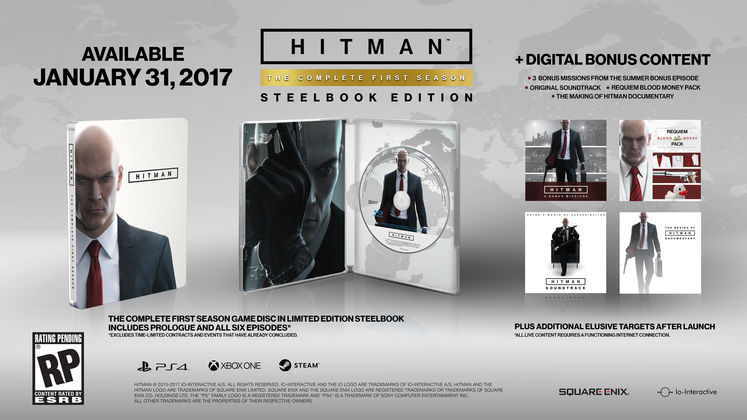 That new Hitman game is really great. I’ve reviewed every episode up to this point, and the times I’ve had with them have been good to excellent. While I’ve found the episodic structure and live online content to be generally of benefit to the title, some folks understandably want to wait for the final release. Now we know what that release will look like and when it will be available.

Hitman: The Complete First Season will be available on disc on January 31 for PS4, Xbox One, and PC. It will include the full set of season one episodes, including the prologue, France, Italy, Morocco, Thailand, USA, and Japan. It will also include the two missions of the Summer Bonus Episode, and another upcoming bonus mission. 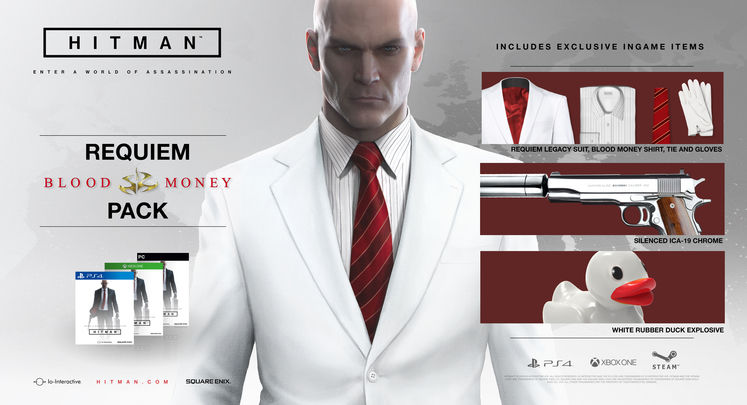 The release will also feature some bonus content, including the original soundtrack, a making of Hitman documentary, and the Hitman Requiem Blood Money pack, featuring a white suit, an exploding rubber duck, and a chrome ICA pistol.

If you’ve been holding out on Hitman, this seems like it will be a perfect opportunity to check out Agent 47’s excellent latest adventure. If only for the incredible novelty of a disc-based release on PC these days.