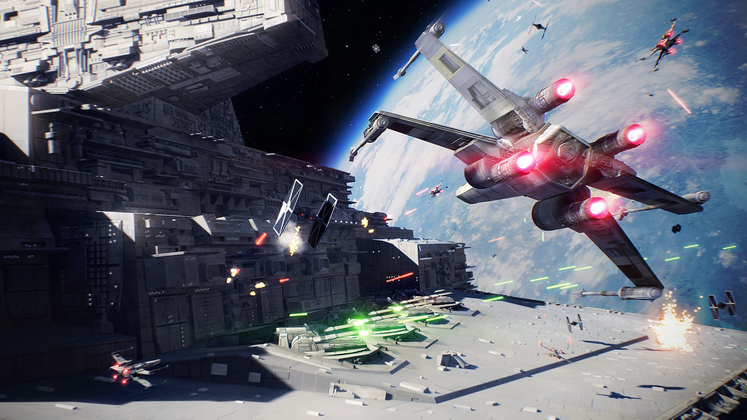 Star Wars needs no introduction. Star Wars Battlefront II does, because there was actually another game by that name back in 2005. Both were multiplayer shooters set in George Lucas' sci-fi universe, but 2017's Battlefront II was developed by DICE and EA after the ceasing of Lucasarts internal development.

Featuring dozens of troops, heroes, and space battles, Star Wars Battlefront II aims to put the player straight into the action. Ship combat was developed by Criterion Games, of Burnout and Need for Speed fame, while DICE's experience with sound design and multiplayer delivers a hectic fast-paced experience like Battlefield. Meanwhile, the Frostbite engine delivers amazing visuals, bringing the galaxy far, far away to life on your screen in a manner seldom done before.

Nevertheless Battlefront 2 has become mired in controversy, with numerous problems affecting players' enjoyment. Can EA and DICE fix these issues with patches? I guess we'll see.

Star Wars Battlefront II May Have Revealed Who Rey's Parents Are 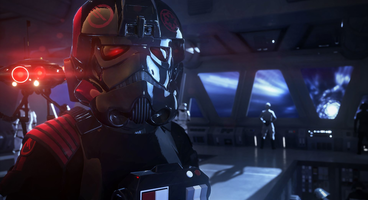 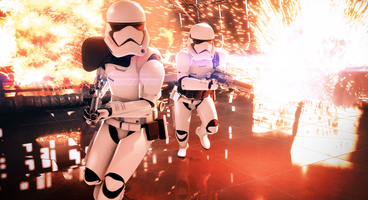 This is a big one, bringing hero skins, gameplay balances, and new game modes.

Boba Fett
We’ve made a substantial change to the way Boba Fett’s jet pack feels when flying. We think you’re going to love the increased maneuverability! Furthermore, we improved his efficiency at distance with the EE-3. Previously, it could be frustrating to try to shoot with the EE-3’s high dispersion, especially while flying. As a result, we improved the EE-3 in a few areas and we hope this will combine with the jetpack changes to make Boba Fett even more fun to use on the battlefront.

Iden Versio
We’ve heard your feedback that Iden's Droid Stun was very difficult to predict. We’ve made it much snappier and feel this should be a significant improvement to Iden, even though the droid’s damage has been slightly reduced.

Bossk
Bossk's Relby V-10 had a somewhat awkwardly high recoil. We reduced it a bit while adjusting the animation to make it feel more responsive. We also reduced the damage output of the Explosive Traps as we felt it was a bit too high. The Multi-Trap Star Card values were incorrect and the Epic Star Card could increase the radius of the damage past what was listed on the card. This unintentionally lead to Bossk having very high AoE damage.

Rey
Rey's signature Ability Insight had an incredible range and could go as far as 75 meters when paired with certain Star Cards. This was a bit too much and we’ve decided to reduce it drastically. We'll monitor how this change affects Rey's performance.

Kylo Ren
Kylo Ren had two of his Abilities on a 25 second timer, effectively making him less efficient and fun to play than other characters. As such, we reduced the cooldown for Pull and Freeze. We also felt he needed some damage absorption while being close to his targets, so we gave him some while Frenzy is active.

Luke Skywalker
We heard your wishes to have Luke traverse faster so we increased his sprint speed as much as possible without breaking the animation. Related to that update, we decided to push Luke more towards a "Hit & Run" game style. He’ll quickly jump into a skirmish and then bounce out to regain health before heading off for the next battle.

Emperor Palpatine
Emperor Palpatine now requires line of sight on his target to trigger damage with his Dark Aura and default Lightning ability. Both abilities will no longer go through obstacles and walls. While we loved the fantasy fulfillment there, the frustration of not knowing what was damaging you was too high for us not to act on.

Chewbacca
Chewbacca had one of the longest stun duration abilities in the game and it made him quite powerful. However, we wanted the stun to be a bit more tactical, so we reduced the duration.

Yoda
Yoda's lightsaber attacks were very weak compared to all other lightsaber wielders, so we have increased his attack damage significantly to bring him on par with the others. Additionally, in an effort to make Yoda feel more true to character, we've made a change to his Barrier ability. It now will break immobilizing effects upon activation.

Lando Calrissian
We felt that Lando needed a boost to increase his effectiveness against lightsaber users. The best tool he had against them had a 25-second cooldown. To combat this, we significantly reduced the cooldown of Disruptor and of Smoke Grenade.

Darth Vader
We changed how Choke works in order to simplify comprehension for the player that is Darth Vader and for their target. In an effort to also make Darth Vader more "tanky" we granted him a health bonus when activating Focused Rage.

Captain Phasma
We took notice of your feedback regarding the utility of Captain Phasma's staff. We are improving it so that it feels faster and more fluid when used.

The Dodge ability has been proven to be too powerful, which was not our initial intent. Dodging granted far too many benefits like damage reduction, the inability to transition into a hit animation, ignoring lightsaber damage, and the inability to be targeted by lightsaber closers.

In order to handle this, we added an “unstaggerable” window during a set period of time when you dodge. You will still receive the same benefits during that window, but now you have a narrow time in which to gain those benefits. Now you’ll need to time your rolls better and predict attacks. While testing these changes, we feel good with the results so far and we really hope that you do too. This is a change that we will monitor closely.

Milestones are now claimed automatically upon completion! Furthermore, we changed how Milestones and Challenges are sorted. Now, all completed items are on the bottom of the Career tab and we sort the active items by the amount left until completion.

Aside from adding a new starfighter and game mode, the most important change in this patch is the nerf of Boba Fett and his overpowered rockets (Chris is especially pleased with the change).

New Content:
Blast on Crait
We’re expanding the ways you can play on Crait by bringing this map to the Blast Game Mode! Battle in the mines among the machinery and crystals leftover from the previous occupants.

Iden Versio’s TIE/In fighter
Now available as a new Hero Starfighter in multiplayer matches! Iden Versio leads by example from her personal TIE/ln fighter. Custom-built for Inferno Squad, this modified TIE has seen heroic service in the name of the Emperor.

AKA "The Last Jedi" content drop comes full of changes to heroes abilities and stats.

NEW CAMPAIGN DLC: RESURRECTION
Iden Versio is back in the Resurrection DLC! She is searching for answers, while the secrets of a First Order conspiracy are revealed. This DLC contains three new campaign chapters that continue Iden’s saga in the Star Wars universe.

NEW MAP: D’QAR (Starfighter Assault)
As you recall from The Force Awakens, D’Qar is the principal base of the Resistance. Now experience an incredible space battle over that planet as the First Order attacks, threatening to wipe out the base, and the Resistance, once and for all.

HERO SHIP AND HERO SHIP UPGRADE
To spice up the space battle, we have also launched a new hero ship – Tallie Lintra’s RZ-2 A-wing. For Poe Dameron, there is a new hero ship upgrade for his T-70 X-wing.

The first official patch (v0.1 addressed microtransaction concerns), v0.2 is specifically focused on issues found during the later stage of development, as well as addressing some critical gameplay and user interface problems.