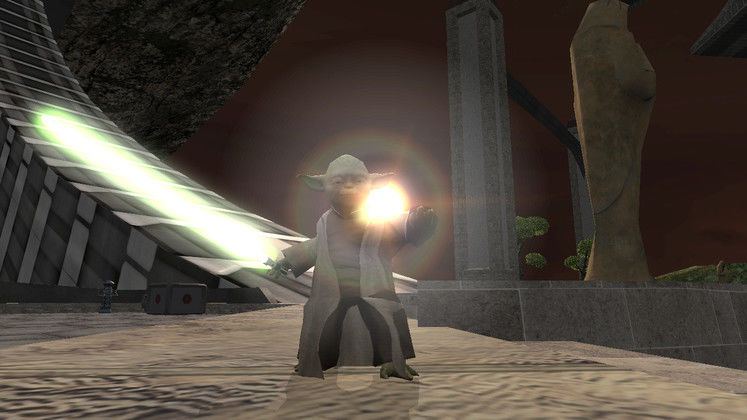 After the release of Pandemic's Star Wars Battlefront II in 2005 there were rumours of a third game coming from a variety of developers, including Free Radical (creators of TimeSplitters) and Slant Six (SOCOM). Considering that Battlefront II was the best-selling Star Wars game ever this shouldn't have been a surprise, except that every version of it got cancelled. Finally after the Disney acquisition of LucasFilm EA put Battlefield developer DICE on the project for 2015's Battlefront reboot, which gets a sequel out this November.

All the details about the mod can be found here including where to download, as well as the trailer you can see below. The mod brings in a new HUD, several new maps including Bespin, Cato Neimoidia (the home of those slightly racist heads of the Trade Federation from Episode 1) and Coruscant, and will be set across both Prequel and Classic eras of Star Wars. It will even contain space to ground combat, something even DICE's upcoming Star Wars: Battlefront II won't do.

That's not to say the team haven't borrowed ideas from DICE. Modes will include the likes of Supremacy, 1&2 Flag, Team DM, Hero Assault, Turning Point, Fighter Squadron and more, as well as planned single-player campaigns for both Star Wars eras. There will be 30+ Hero characters to choose from too. Some of these were due to be in the cancelled game, such as General Grievous and the Dark Trooper from Dark Forces, whereas others are brand new such as Director Krennic from Rogue One and Starkiller from The Force Unleashed. 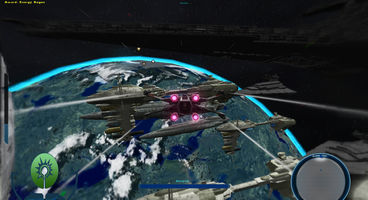 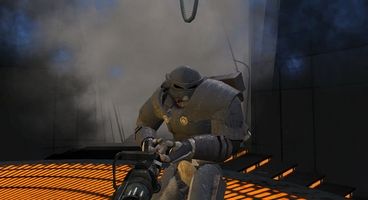 You can download the Open Beta right here, which is going on right now and the team is hopeful this will be the last public beta before the final release of the mod.

It certainly should not be confused with Galaxy In Turmoil, the attempt to make a full game (not a mod) out of Battlefront III assets and ideas and was forced to remove all Star Wars references from their game, so it's now slightly generic sci-fi. Hopefully as Legacy is a mod for a 12-year-old game it won't happen to them.