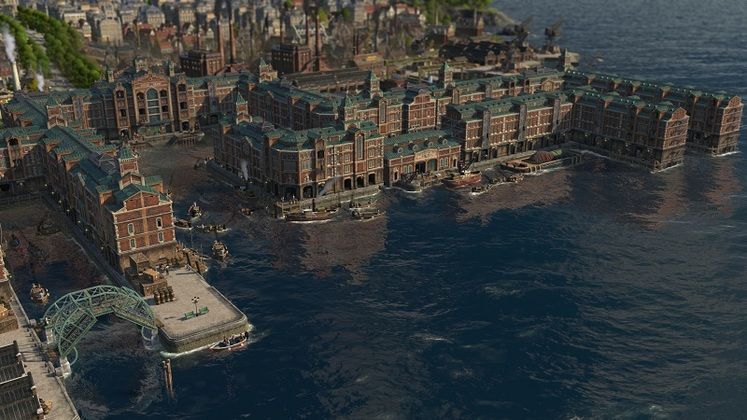 Ubisoft announced last year that Anno 1800 will receive a third season of DLC and now we know more about what exactly we can expect from it. Unlike its predecessors, Anno 1800 Season 3 will not see players traveling to new locations across the world, instead, it will act as "something of a homecoming" and focus on expanding the base game's Old World session.

Fittingly named Coming Home, Anno 1800 Season Pass 3 will feature three DLCs that will add new content, including a modular dock district, tourists, and skyscrapers. These core packs will also be accompanied by smaller cosmetic DLC, which is good news for players who are particularly fond of decorating their cities. 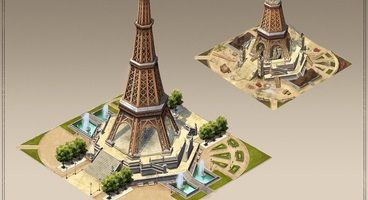 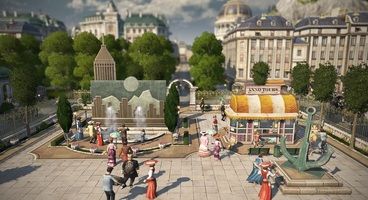 Before we delve deeper into the announced features, here's a brief overview of the release dates for each DLC included in Anno 1800's Season 3 Pass:

DLC 1 centers on the eponymous Docklands, which pave the way to constructing a new modular warehouse district in your cities. Inspired by the Speicherstadt in real-life Hamburg, it "not only allows you to completely remodel your harbor, but also gives you access to import/export contracts." The latter enables you to more reliably trade goods while specializing your economy. The DLC also comes with some harbor-themed ornaments.

The new contract types are included in the Storage tab of the Statistics menu, showing an overview of which ones Captain Tobias has fulfilled. Imported and exported goods are not reflected in the Production tab, as is the case with regular trade, according to Ubisoft.

The DLC introduces the new Harbor street type and allows for also placing buildings in the water. In tandem with the Docklands' more space-efficient modules, they should provide enough avenues to more efficiently use harbor space. On that same topic, the developer will not increase the islands' harbor area, as it would impact balancing and stability too heavily.

You will be able to import goods from DLC like Land of the Lions and the aim is to provide some form of interaction between each of Season 3's DLC and those that came before them.

Tourist Season is the second Anno 1800 Season 3 DLC and its name also makes it easy to guess what it focuses on. It introduces Tourists as a new residential tier. As opposed to existing Visitors, they're looking for a longer stay in your cities, which is why you need to build hotels to properly accommodate them.

Tourists come with their own set of needs which you can partly fulfill by building Restaurants, new buildings that can produce goods based on recipes. Restaurants are go-to posts for Tourists but will also be frequented by other citizens living in their close vicinity, having the potential to reduce the consumption of certain goods like beer or bread.

The bus system ties everything together by facilitating Tourist transport between your city's important areas while also adding another layer of logistics. Attract enough Tourists and you'll get to build a new monument inspired by the Eiffel Tower.

DLC 3, The High Rise wraps up Anno 1800's Season 3, but instead of stretching even further across your island, you'll have to build modular skyscrapers for your Investors. "Of course, rising buildings go hand in hand with rising desires, so you should expect your Investors to develop an interest in commercial goods created in the new Multi-Factory, which they will be able to buy in your Malls," reads the blog post announcing Season 3.

The final DLC also introduces the Empire Tower, which is the title's largest buildings, as well as a new score screen, to better highlight community records.

The developer has noted that the skyscrapers in the Season 3 can be upgraded across five levels, each adding a module that increases their size, maximum population, and the number of needs their residents have. You can even change modules after they're built, as long as you don't switch to a bigger module that sits on top of a smaller one. The bigger skyscrapers come with hefty maintenance costs, but there are ways to counter this.

Anno 1800's Season 3 Pass is available for purchase for the price of €19,99/$19,99. Buying it also gets you the exclusive Cyclopean Anchor, Traveler’s Kiosk, and Endless Skies Memorial ornaments. Its three DLCs are also available individually.