Crowns and Pawns: Kingdom of Deceit harks back to the Point n' Click Adventure's Illustrious Past 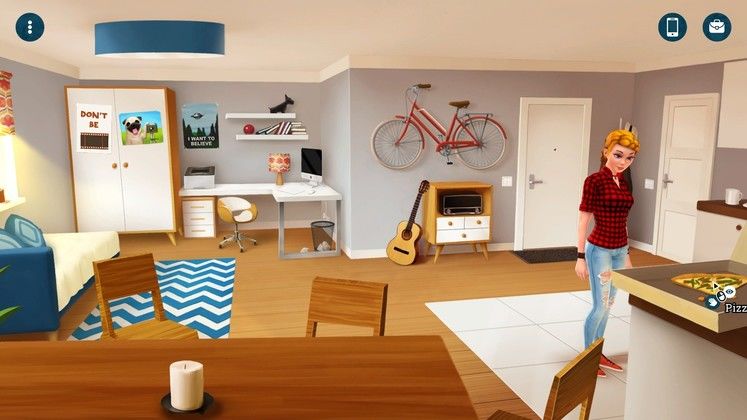 You can really feel the love for classic point n’ click adventures in Crowns and Pawns: Kingdom of Deceit. It’s not just the boldly-colored, hand-painted art style, and the ordinary protagonist is thrust into an escalating mystery setup. This is a developer that gets how to make its adventure flow in much the same way as once did for Charles Cecil’s iconic Broken Sword series.

Developer Tag of Joy is a small Lithuanian team that clearly respects this genre and features the art director of a Broken Sword fan game (Broken Sword 2.5) among its humble number, just to show you how invested it is in bringing some of that magic to modern gaming.

Its story should make Broken Sword fans feel at home to some degree. Milda is a woman living in Chicago who receives a letter from the estate of her recently deceased grandfather that states she is now the owner of his home in Lithuania. Problem is, that Milda needs to show up in Lithuania soon to ensure she gets it. As she’s strapped for cash, Milda figures it’s worth the gamble of heading overseas to sort out the house and sell it. 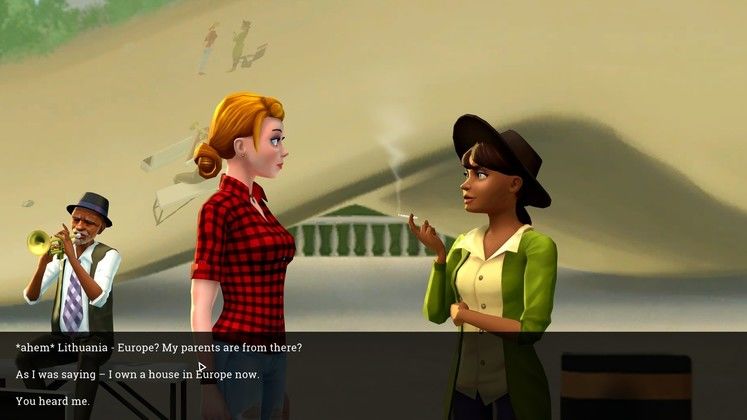 Responses and reactions to them are pretty varied

Of course, that’s just the catalyst for something grander as Milda discovers she is now the last surviving guardian of a long-held family secret that sees her embroiled in an adventure to discover an uncrowned king. Along the way, she’ll tussle with sinister forces, and puzzle her way to the truth.

I like that Crowns and Pawns (which is a name that made me think this was going to be some sort of medieval strategy game before I saw the game itself) takes its time building up its story’s grandiose side. It sells the idea that Milda is this unwitting heroine in a story that keeps opening intriguing new narrative doors as it progresses on a trek through Europe and history.

While it largely follows the classic point n’ click template, it does manage to throw some neat ideas of its own in here and there. After settling in with some simple find item A to give to problem B for solution C exercises, Tag of Joy mixes things up and begins throwing in more physical and mental puzzles, with a sense of the increasing complexity of the situation matching up pretty well with the complexity of the puzzles on offer. A fairly relaxed pace ensures you have time to stew over a solution relatively stress-free. 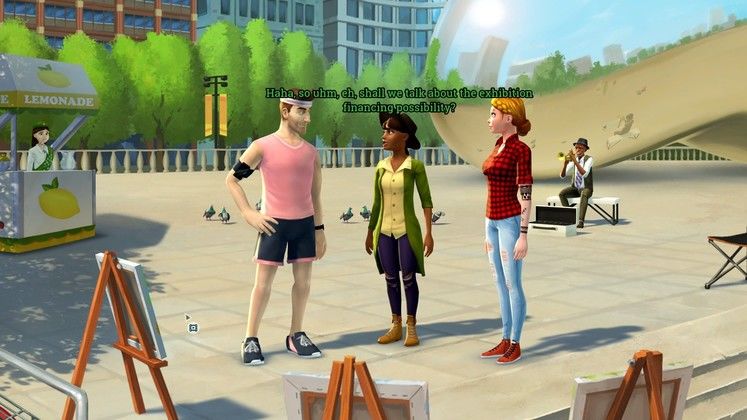 Your Milda is customisable, adding a personal touch.

Is it up to the standards of the games it’s trying to emulate? Well, that would be difficult without really shaking up the formula, and that would likely lead to a game further removed from what it wants to be. It doesn’t have to be on par with those classics, it’s just nice to have a pretty good modern point n’ click adventure that harks back to them.