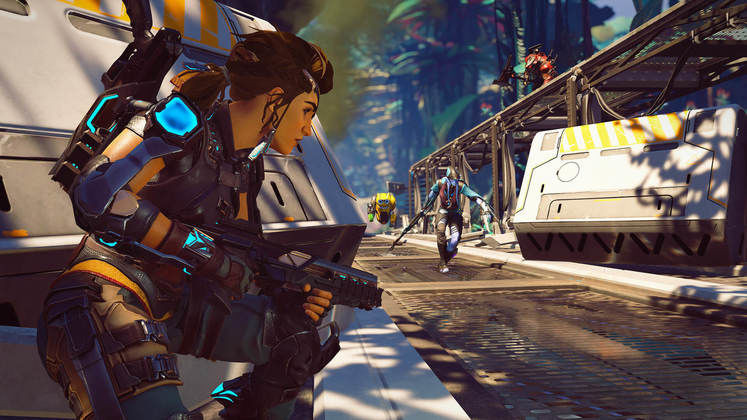 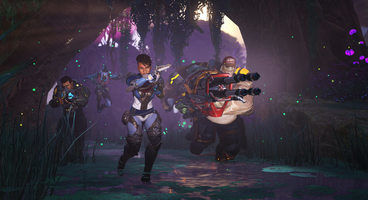 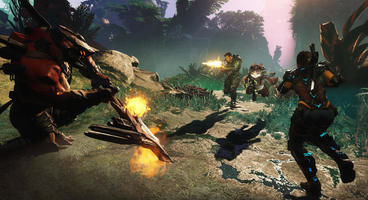 Crucible's first game mode, Heart of the Hives, is described as a "4 on 4 race" that sees two teams of players competing for control of giant hives spawning throughout the world. Their goal? Being the first to destroy Hives and capture three of their hearts.

Heart of the Hives is a PvPvE game mode that pits you not just against other players but also the Hives and their AI-controlled defenders.

Alpha Hunters is Crucible's most straightforward game mode. In it, eight teams of two players compete against each other, the last team standing being declared the winner.

To help you grow in power, you can kill wildlife and complete side missions. Interestingly enough, should your partner kick the bucket, you can team up with another solo hunter. These spontaneous alliances break when only three players remain.

Crucible's third and last game mode is Harvester Command which sees two teams of 8 players compete for the control of Essence Harvesters spread across the map.

Your goal is to extract 100 Essence which can only be done when your team is controlling the majority of Harvesters. To succeed, you'll need to not only capture but also hold Harvesters.

Crucible is set to launch on May 20 on PC, via Steam, and will be free-to-play.