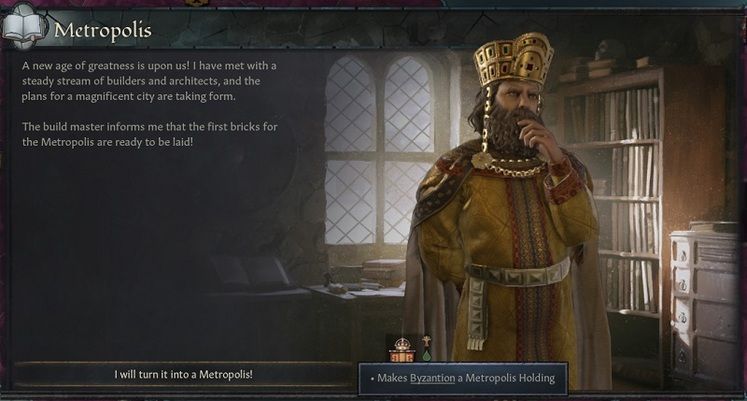 Holdings in Crusader Kings 3 take time to build. It's an arduous process that ends up proving very rewarding once enough buildings are constructed and upgraded, but if cities and castles end up not being enough, the metropolises in the Cities of Wonders 2 mod will definitely catch your eye.

Crusader Kings 3's Cities of Wonders 2 mod introduces a brand new holding type – the metropolis – that's as well fortified as a castle but also yields more levies and gold than both castles and cities.

Metropolises further stand out thanks to the wonders and great buildings that can only be built in this type of holding, making them a valuable addition to your realm. 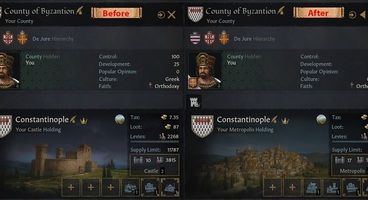 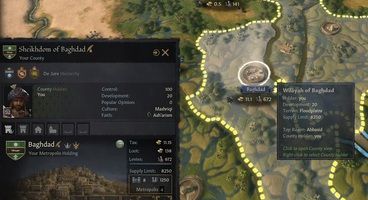 Power, however, comes at a cost, and building a metropolis from scratch requires no less than 12,000 of that sweet CK3 gold.

Emperors have it easier, gaining access to a decision that gives them access to Cities of Wonders 2's new holding type for the sum of 1200 gold and 1500 prestige.

You'll also find a handful of existing metropolises in various stages of development in a few locations on the map.

Baghdad, Constantinople, and Cordoba start off quite strong. Others like Venezia, Cairo or the more ancient Antioch and Jerusalem will require upgrading to unlock their full potential.

Crusader Kings 3's Cities of Wonders 2 mod is also compatible with existing saves as well as other mods highlighted by us in the past, such as Rhomaioi and Princes of Darkness.

Crusader Kings III is out now on PC. For more awesome picks, drop by out list of The Best CK3 Mods for Paradox's latest grand strategy title.