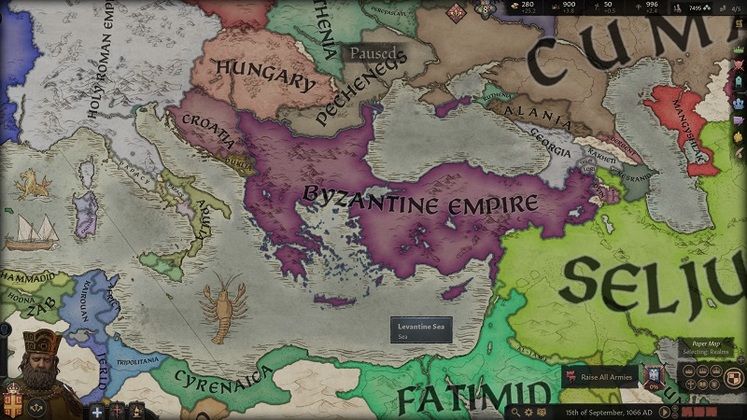 Crusader Kings 3's Rhomaioi - A Byzantine Empire mod is one of the more ambitious user-made offerings currently available, aiming to differentiate everyone's favorite purple blob from the other powers on the map.

Although it remains one of Crusader Kings 3's standout starting picks – thanks in part to its power but also to its challenging position –, the lack of particularities in terms of government forms and ruler options can leave some players unsatisfied. That's what the Rhomaioi - A Byzantine Empire mod aims to fix.

For starters, the mod grants the Byzantine Empire the Imperial Autocracy government form that aims to replicate the bureaucratic system of its historical counterpart, emphasizing how all land belongs to the empire. 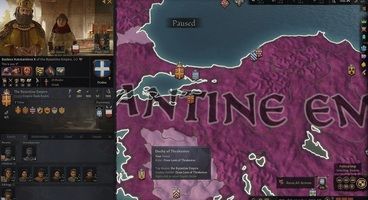 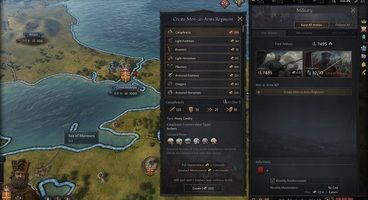 The Rhomaioi - A Byzantine Empire mod introduces the Exarchate as a new type of contract that grants major military bonuses to the vassals under it.

If under a Thematic contract, vassals can be called to aid in external wars, albeit at a cost, your ruler taking an opinion hit with all vassals.

Crusader Kings III's Rhomaioi - A Byzantine Empire mod also grants reduced Men-at-Arms maintenance costs alongside the ability to create bigger regiments while incurring a significant penalty to the number of levies you gain from vassals.

As long as he's also the dynastic head, the emperor can adopt sons-in-law who are married matrilineally to one of his daughters, provided they share the same faith and culture. Although it costs lots of Renown and Prestige, this is a useful method of solving the lack of male heirs.

There are also options for assigning a co-emperor and using Prestige to seize land from vassals without being viewed as a tyrant.

The Rhomaioi - A Byzantine Empire mod will receive new features and have its current ones fleshed out as time passes and can be found on the Steam Workshop.

It's also part of our list of the best Crusader Kings III mods which highlights other great picks from the hundreds currently available.

For more on Crusader Kings III, give our review a read and search GameWatcher for guides covering many of its core concepts.