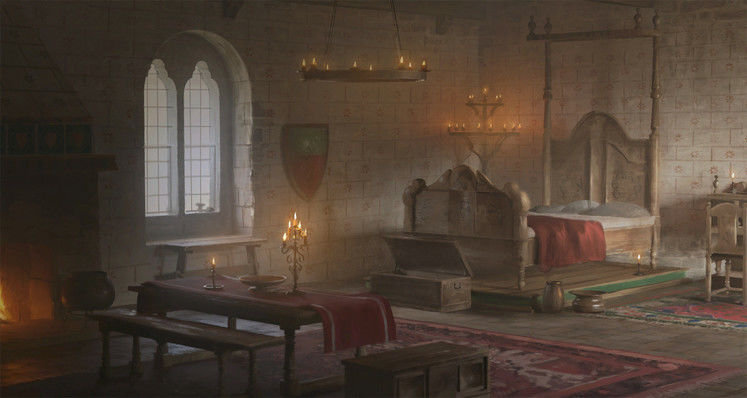 Crusader Kings 3 has a lot of features, but the one that permeates down the time-line is your blood. The whole game revolves around ensuring that your blood lineage continues. To that end, children are the future and you get them most easily through marriage.

Marriage is by far the easiest way of ensuring a suitable mate, but what should you look for? It can be argued that you should enter into the spirit of the medieval world, marrying for power and alliances, but we would say otherwise. The fantastic genetics system Paradox have put in place here means that you can craft your dynasty into super humans, providing you pick your spouse carefully.

We'll go into detail on this process below, but for now we'll play devil's advocate and talk about the benefits of marriage alliances. First off the immediate advantage, Alliances. Alliances act as a potent force multiplier in wars, especially when you are defending. Even fairly distant rulers will often come to your aid and you might see the Byzantine Empire attacking Norway because of a simple marriage. 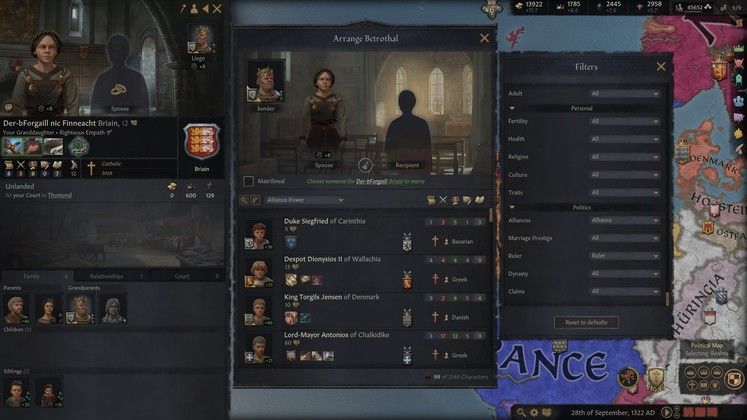 This can be considered worth diluting the gene pool and depending on the threats you face, might even be worth it. Also remember that with excess children, you can always trade away those that won't hurt your ruling line too much. The main disadvantage here is that when one half of that union dies, so does your alliance.

The second potential benefit is inheritance. With strategic marriages it is possible that you will end up with lands far from home falling under either your own magnanimous rule, or that of your dynasty. This is in fact the best way of gaining large tracts of territory, but needs a lot to line up in your favour for it to work.

Either way, the process for creating a marriage is easy. When you view a character portrait you will see if they have a spouse and if you have the power to select a partner then all you need to do is click on the empty space. This brings up the marriage window with the selected character on the left and a long list of unmarried candidates at the bottom.

This list might look intimidating, but CK3 includes a very powerful filter system, that while not without its faults, allow you to narrow the field down to exactly what you're looking for. On the bar above the list is a small Toggle Filters button.

This filter includes a text box that will search through names, Dynasties, Cultures, Faiths, or Traits if you're looking for something very specific. Below this are drop-down boxes that cover aspects of Age, Personal, and Politics. In this example we're looking for a political union, so we would look at the Politics section and change Alliances from All to Alliance. If we wanted to further limit this to County titles and higher we could also change Ruler from All to Ruler.

Now, when we look back at the list, we will see that it has grown noticeably shorter but how do we know who would be the best option to marry into. Well, next to the Toggle Filters button is a sort function. From here you can sort by order of whatever is in the nearby drop-down box, in this case by Alliance Power. Sort by descending and we get the list of the most powerful rulers looking for a spouse. 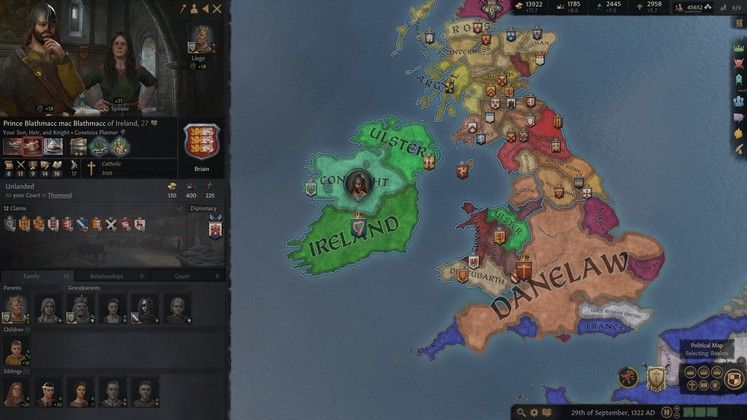 With political marriage out of the way it's time we looked at the longer term benefits of selective breeding. The ability to consistently propagate and reinforce genetic Traits make the temporary boosts from alliances feel lacklustre.

With the right combination of Traits your characters can be smarter, healthier, more attractive, and more fertile. Any of these have distinct advantages when it comes to ruling and below you'll find the most powerful Trait in each of these categories.These are all Congenital Traits and can be passed to children.

With the exception of Fecund and Giant, each of these also come in less powerful variations, but that's fine too, as matching Traits with the spouse not only guarantees that it will be passed on, but also introduces a chance that it will be reinforced and improved in their children. This is the key to creating powerful descendants.

If only one party in the marriage has a trait it only has a 50% chance of being passed down though, so where possible, make sure they match, and where that isn't possible, try to find weaker versions of the same Trait as that seems to help keep the Trait alive in the DNA.

You can once again look at the filter to narrow down what you want here, and the best two options to change for this are Fertility and Traits. If you're a man seeking a woman you may also want to then order the list by age to try and find someone with the most child bearing years remaining.

Don't put too much weight on the age though, as even one child of superior stock is often better than a dozen Traitless ones. Plus, if it's your player character, you can usually divorce the spouse and try a younger model down the line. You also have the options of staying married and making use of your spouse's skills as these can add a lot to your own, or directing your Lifestyle to increase fertility.

There are also negative Congenital Traits that should be avoided, but there are Legacies that both decrease your chances of passing these on while increasing the odds for good Traits. The game will also warn you if you attempt a marriage that would result in inbreeding, which if it triggers the trait, is a harsh penalty.

Not every marriage on offer will result in a successful union. You will have trouble marrying into your enemies Courts or securing powerful Alliances with those who consider themselves your better. The more Alliances both sides already have also reduce the chance of acceptance.

You can improve your odds by either choosing carefully, not dreaming too big, or using Hooks to coerce their liege. Non of these are particularly useful options, so the best was saved for last. Improve your relations. Granting gifts or using the Sway Scheme can improve their opinion of you to the point where they are more likely to accept the marriage.

If this still isn't enough, the Promising Prospects Perk found in the Martial Lifestyle grants a dramatic acceptance bonus to yourself and your extended family.

And if that still doesn't do it, you can unlock a +30 Marriage Acceptance as a first tier option in a Dynasty Legacy track.

Marriage can either increase or decrease the Prestige of those involved. A higher title than the spouse to be will cost you Prestige, while a lower Title will gain you some. This can be dramatic amounts but at the end of the day, Prestige is rarely a currency you end up short on so it can be mostly ignored. Still though, be aware that you might lose a lot if you end up getting married a few times.

On the other hand, as a ruler you get to claim a decent amount of Prestige back from the ceremony - unless you opt for the gold of course.

We've already talked about trading away your less valuable children for Alliances, but even this comes with a risk. Once they are outside your Court, you lose access to their genes. Using a Matrilineal marriage with your daughters and female family will bring their spouse to your Court and put their children under your control.

In the Catholic Faith, women are also free to serve as your Spymaster, and if you've been building up their intelligence they often make exceptional ones. This is especially true when you consider that a female family member likely has zero claim on your titles and is therefor much less likely to plot against you.

Sometimes, those you want to marry are a few years too young, or perhaps you'd like to secure that alliance before someone else swoops in. For these times there are Betrothals. These are created the exact same way as marriages but instead of wedding immediately, they are merely promised to each other until both parties are old enough to get hitched. At which point the marriage goes ahead. 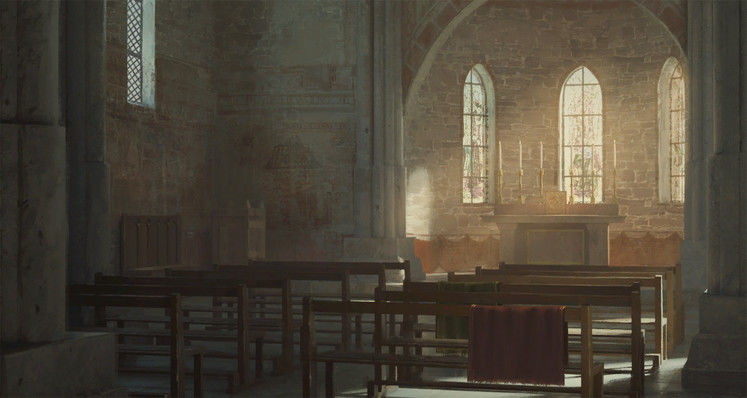 Many religions in CK3 require that you petition the Head of Faith for a divorce. If you are the Secular Head or none exists this doesn't apply but if you're playing Catholics, it's important to keep the Pope happy if you are looking to split from your spouse. Various factors affect his decision, but if you have proof of infidelity or other crimes it makes it much easier on you as getting a really high opinion with the Pope can take a long time.