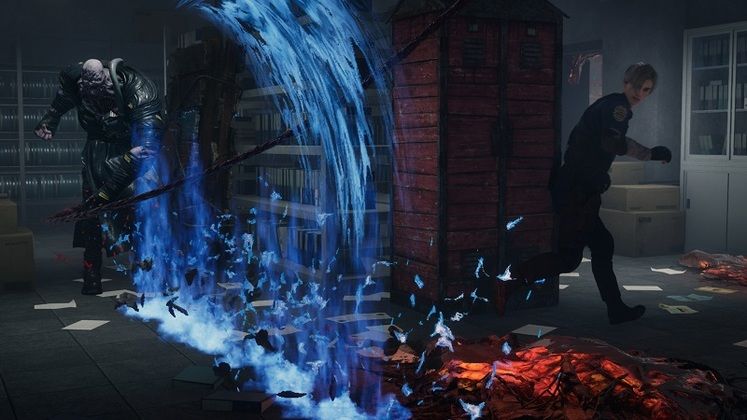 UPDATE May 25: Dead by Daylight Chapter 20 release date announced alongside the Killer and Survivors of its Resident Evil Chapter.

Back in April, we learned that Resident Evil and asymmetrical multiplayer horror game Dead by Daylight were set to join forces. Publisher and developer Behaviour Interactive confirmed, during its 5th Anniversary live stream, that the long-awaited crossover will happen when Chapter 20's release date swings by this June, while unveiling the upcoming Killer and Survivors to be added with Update 5.0.0.

Dead by Daylight's Chapter 20 will introduce three iconic characters, as seen in the recent Resident Evil remakes, Nemesis leading the charge as the title's newest Killer. Facing him, are Leon S. Kennedy and Jill Valentine. The decision to have two Survivors this time around came as a result of there being "too many characters to choose from," according to Creative Director Dave Richard. 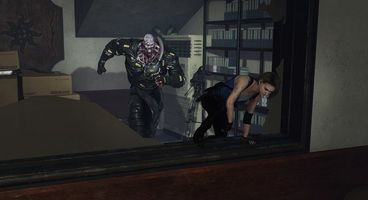 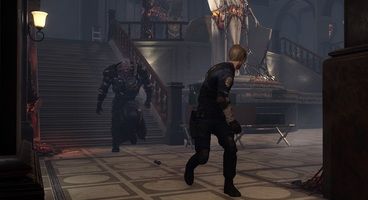 Nemesis, known in Dead by Deadlight as The Tyrant, comes equipped with the T-virus power that grants him a tentacle-based attack with a fair reach. The first successful strike infects Survivors, making them cough, vomit, and create more noise, giving their positions away.

Once infected, Survivors also become vulnerable, which means that subsequent tentacle attacks damage them. Infected Survivors also increase the tentacle's range up to two times, allowing Nemesis to land hits over palets, during window vaults, and reach other "tricky spots" on the game's maps. The Killer is envisioned to be the "ultimate pursuer," Richard said during a press presentation.

Survivors can find a vaccine around the level when infected, once Dead by Daylight's Update 5.0.0 goes live, allowing them to heal and remove the T-virus. There's a limited amount of vaccines in a match, so make sure to use them only when you need them.

When DbD's Resident Evil Chapter release date occurs, Nemesis will become the first AI-assisted character in the game. When he is chosen as the Killer, zombies spawn around the map. They're fully AI-controlled and patrol areas while trying to find the survivors and bite them. Much like successful tentacle attacks, successful bites infect them, making Survivors vulnerable to Nemesis' subsequent attacks and increasing his tentacle's range. 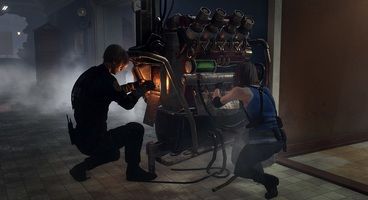 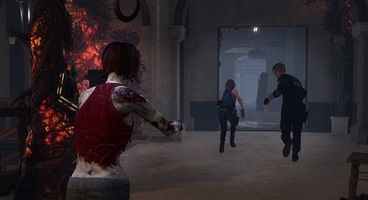 Jill Valentine comes with 3 unique perks that showcase her intensive military training and survival abilities in impossible situations. They serve both support and offensive roles, one perk enabling players who choose Jill to place a mine on a generator so that it explodes when the Killer tries to kick it, blinding him in the process.

Leon S. Kennedy's perks highlight his dedication and desire to protect others alongside his goal-driven personality and also come with a mixture of support and offensive abilities. The Flashbang perk lets you spawn a new type of item while in a match without having to equip it in your loadout beforehand.

Upon reaching a certain rate of repair progress on generators, Leon can hide in a locker and craft a flash grenade which lets you distract or blind the Killer, also making them drop any survivors they might be carrying.

Dead by Daylight's Resident Evil Chapter will also introduce the new Raccoon City Station map, which recreates the location from Resident Evil 2 Remake "as close as possible to the source material," while giving it the "nightmarish aspect" specific for realms touched by the Entity.

Dead by Daylight Chapter 20's release date is slated for June 15, but eager players can try out its content on the PTB starting today. Pre-purchasing it gets you an exclusive Umbrella Corporation charm that can be equipped by both Killers and Survivors. Read on below for the Update 5.0.0 patch notes: