Deep Rock Galactic's seasonal updates are confirmed to continue in 2023, with at least two more to come following its third. The multiplayer shooter's dedicated playerbase looks forward to new content drops that make delving into the caves of Hoxxes more rewarding, which is why you may be wondering what the Season 4 start and end dates might be.

Deep Rock Galactic's Season 4 will likely introduce a new theme, cosmetic items, and more. Read on below for all the details we know so far, including when the fourth season's start and end date might occur. 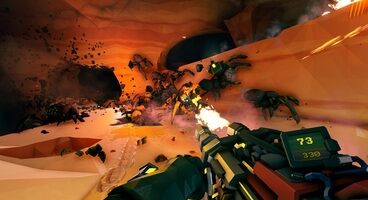 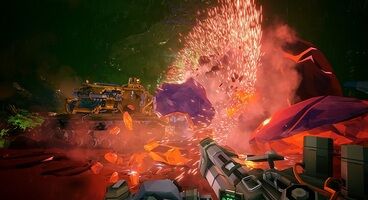 Developer Ghost Ship Games plans to keep the length of DRG seasons somewhere between 4 and 6 months. Deep Rock Galactic's Season 4 will likely start development soon, if it hasn't already, although its start and end dates haven't yet been revealed.

That being said, the knowledge above lets us try our hand at estimating when Deep Rock Galactic's Season 4 might begin and end.

We're currently expecting Deep Rock Galactic's Season 4 to kick off at some point between March 2023 and May 2023. It should then wrap up somewhere between July and September.

As is often the case with anything in development, plans can change and so can these dates. We'll only know for sure when they're officially confirmed by the developer.

Deep Rock Galactic's Season 4 content hasn't been detailed just yet, but it's probably safe to assume that it will introduce a new theme that sees something changing inside the caves of Hoxxes IV, possibly pitting players against a new threat.

With the first three seasons having given the dwarves new options for their arsenal, it's unclear if we'll see a new set of weapons in its fourth.

A new performance pass is likely also planned, introducing new cosmetics to unlocked as you progress along its track.

New seasons are routinely accompanied by premium cosmetic DLC that changes the look of your armor thanks to new paintjobs.

That's what we know so far about Deep Rock Galactic Season 4's content as well as its start and end dates. More details should be shared as we approach launch.