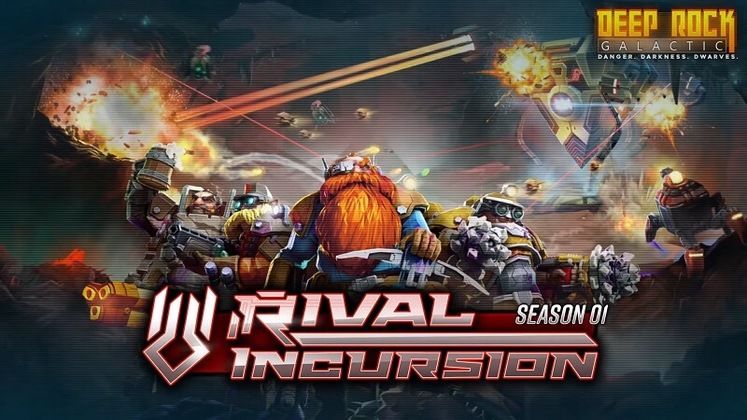 Deep Rock Galactic's Season 1 marks a shift in how developer Ghost Ship Games handles the co-op shooter's post-launch updates. Aiming for content that's more themed and infused with a higher amount of story than prior updates while introducing what's essentially the game's first battle pass, Rival Incursion has all diligent miners curious about its start and end dates alongside the content that's on the way.

Deep Rock Galactic's Season 1 showers players who frequently brave its dangerous caves with new rewards as part of its Performance Pass while also introducing a new mission type, weapons, enemies, and more. Below, you'll find details about its major features as well as info about its start and end dates and how much time you have to grab all the new cosmetic goodies. 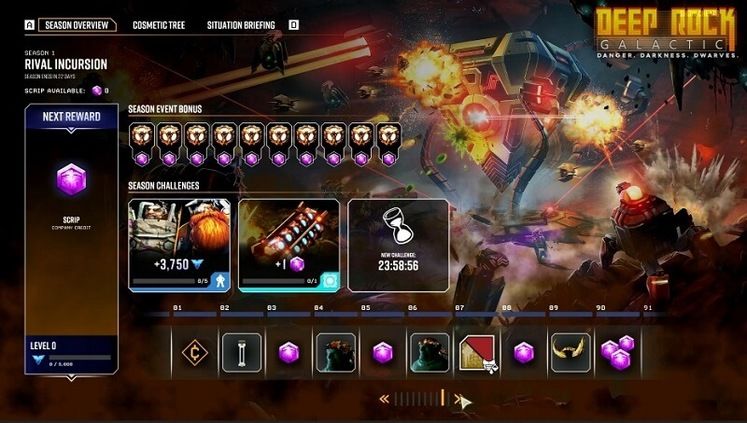 Deep Rock Galactic Season 1 Rival Incursion has locked down its start date to Thursday, November 4, going live just as the game's Halloween event comes to a close. That's when the new features become available for all owners of the game

Although Deep Rock Galactic Season 1 doesn't yet have a fixed end date, developer Ghost Ship Games has revealed that it expects the season to run for 4 to 5 months. Using the power of the mighty calendar, we estimate that it will conclude at some point between March 24, 2022 and April 24, 2022. An official date will likely be going into 2022 and we'll update this article as soon as we know more. 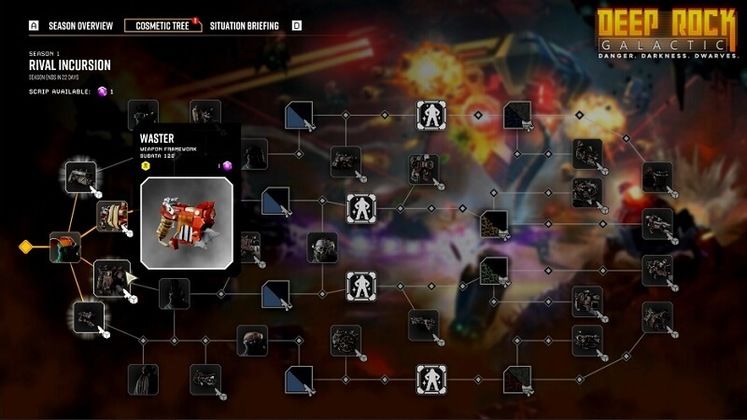 Before morphing into Season 1 and receiving the name Rival Incursion, this batch of Deep Rock Galactic was meant to release under the Update 35 name. In development since early 2021, it expands the game with a significant batch of content, including the shooter's very first battle pass.

You can advance through levels by earning performance points gained from playing missions, completing season challenges, but also collecting Data Cores by destroying rival prospector drones and hacking rival data deposits. The time to unlock all 100 levels may vary from player to player, but the developer is aiming to have them take around one hour on average.

"We have designed the Cosmetic Tree and the rewards assuming that many players might only complete a fraction, and they should still get some good value. It is not the intention that a majority of players will complete the Performance pass," the developer wrote in a post on the game's website. Better yet, Season 1's rewards will still be obtainable even after it ends, either from Lost Crates, Matrix Cores, or by other means.

You can view your progress by interacting with the new Season Terminal that's near the shop. Close to Season 1's end date, a countdown timer will also be displayed on this terminal, so you can know precisely how much you have left to unlock rewards.

Rival Incursion is themed around another corporation, made up of evil robots, setting up shop on Hoxxes IV and looking to mine its riches. Since you're already doing that, it's your job to wreck their operation, which is what the new mission type – Industrial Sabotage – is about.

Your goal is to locate the other corporation's Data Vault, dismantle it, and escape with their Data Rack. The vault is protected by a shield, that you'll have to shut down by destroying two power stations, which you can find by following the cables leading out from the vault itself. Hacking the power stations is a loud affair, so you'll have to deal with waves of enemies.

Once you take down the shield, you have to blow up The Caretaker guarding the Data Vault. Defeat this pyramid-shaped foe, take the data rack and you can extract. Gaining access to Industrial Sabotage requires picking up and completing the Spec Ops: Sabotage Training assignment from the Assignment Board, which is available to all players who have completed the Conquer Hoxxes assignment. 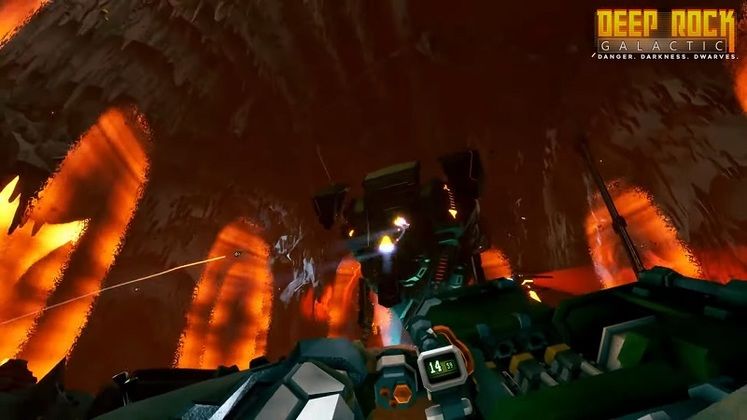 To help you battle this new threat, each of Deep Rock Galactic's four classes gets the Hacking Device as a new piece of equipment, allowing them to hack enemy patrol bots and make them change sides. Each class is also getting a brand new weapon, that comes with its own upgrade tree, overclocks, and frameworks.

The Gunner receives the Hurricane micro missile launcher, which fires volleys of small but devastating remote-controlled rockets. The Scout can equip the Drak-25 Plasma Carbine, which doesn't require reloading, while the Engineer receives the Lok-1 Smart Rifle, which locks on to enemies. If you fancy playing the Driller, the Corrosive Sludge Pump lets you cover enemies in corrosive goo and watch them melt before your eyes.

The rival corporation you're dealing with means business and it brings seven deadly robots to patrol Hoxxes IV's caves.

That's what you need to know about the start and end dates but also the main features of Deep Rock Galactic's Season 1. When it launches, Rival Incursion will also introduce more loadouts and a variety of fixes, while being accompanied by the premium cosmetic Rival Tech Pack DLC.