Circle of Bones is a special location found in Destiny 2 Shadowkeep, and it is related to the all-new Deathbringer Exotic Rocket Launcher and its unique questline. Here, you're going to learn exactly what you need to do to earn this bad boy.

The Deathbringer is a Void Rocket Launcher with perks that modify its behavior into that of an artillery gun. Already billed as the baby-Gjallarhorn, the Deathbringer is a great addition to any arsenal, and we'll show you how to get one of your own. 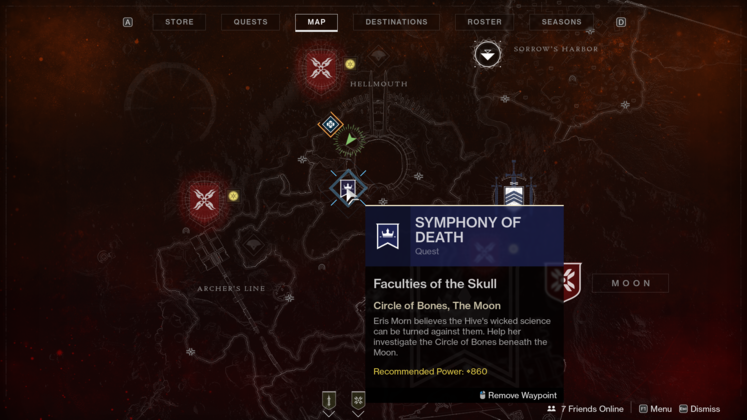 Firstly, keep in mind that the Deathbringer quest is exclusive to the Shadowkeep DLC. This means that free-to-play players won't be able to get it, even if they go and purchase the ongoing Season Pass. With how powerful the Deathbringer is, it's as valid a reason as any to get Shadowkeep, though.

#1: Faculties of the Skull

#7: A Death of Nightmares 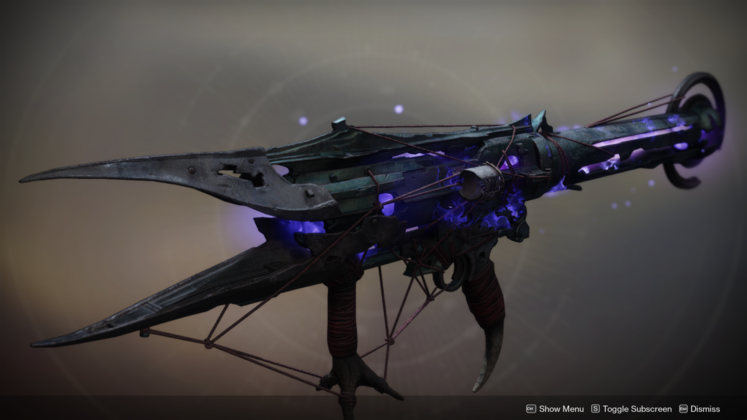 As we mentioned before, Deathbringer calls for a unique approach to combat. We'll let its Perks speak for themselves:

This means that the majority of Deathbringer's damage output may come from its Void orbs. The jury is still out on how to approach this set of Perks, but our bet is that you want to maintain high ground and reign purple fire and brimstone on the unsuspecting Hive beneath you. 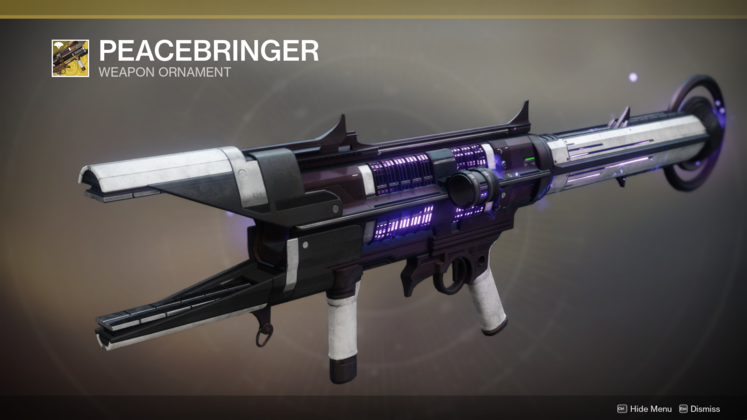 If you're unhappy with Deathbringer's basic ragged, Hive-like looks, you can turn it into the comparatively high-tech Peacebringer with this Ornament. At the time of writing, it is an Eververse-only Silver purchase cosmetic, but Bungie did mention that this season's items will be available for Bright Dust two weeks after the launch.

We expect for Peacebringer to be farmable then, but stay tuned for more on that.

We hope this short guide helps you in getting your very own Deathbringer. If it sounds like too much work, we don't blame you. Eriana's Vow is far, far easier to get, and all you need to do is follow our guide on how to unlock it.