Destiny 2 Eriana's Vow - How to get the Exotic Sniper Handcannon

Eriana's Vow has a special place in Destiny 2 Shadowkeep. Lore wise, it belonged to Eriana, the legendary Guardian who mounted the original failed raid on Crota's seat of power. Gameplay-wise, it's the first sniper handcannon we've ever seen.

Due to this, Eriana's Vow is quite unique, and Bungie didn't want to leave its unlock to chance. Instead, it's going to be made available for all owners of the Season Pass at Rank 1. Free-to-play Guardians need not fret, however, as they'll have access to it as well.

How to get Eriana's Vow? 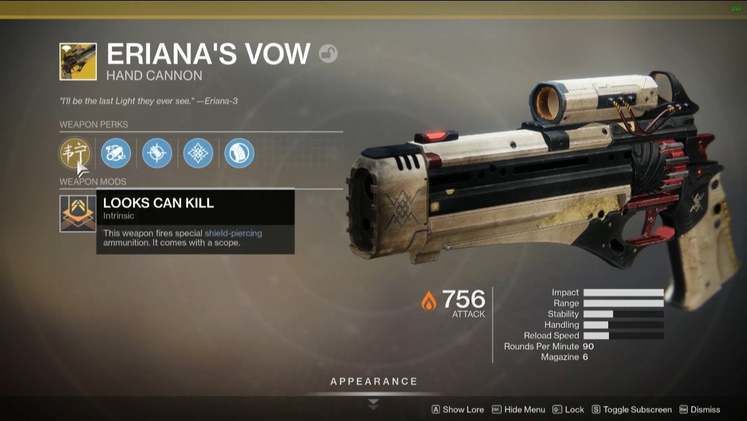 While buyers of Shadowkeep and/or Season Pass will unlock Eriana's Vow simply by virtue of opening the game, even those who are only just joining Destiny 2 for free have a shot at getting this weapon. The only requirement is for them to reach Level 35 over the course of the next three months, during the Season of the Undying.

As for the Handcannon's specifications, it's a hard-hitting, slow-firing Special Ammo firearm. Its perks are focused on precision aiming and exploiting enemies' weak spots, but they do punish poor aim.

According to what PvP footage we've seen so far, Eriana's Vow is perfectly capable of two-tapping Guardians when aiming down sights, which is going to make for an interesting addition to the meta. 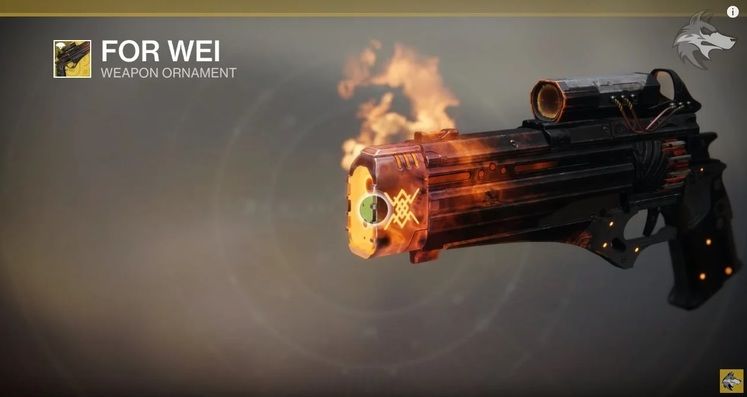 As the story goes, Eriana only mounted an assault on Crota as an attempt at getting payback for his killing of Wei, her lover. This occured during the Great Disaster - a massacre on the surface of the Moon during which thousands of Guardians fell to Hive blades. It was a dark time for the Vanguard, but the unique Ornament for Eriana's Vow sure does look neat as a result.

Instead of being tied to Eververse, For Wei is available as a Level 100 unlock for Season Pass owners. Not only is the Handcannon's barrel aflame, but its firing blast also takes the shape of a vicious, burning lion. Something to brandish with pride, if you can unlock it.

In case you're not aware, you can already preload Destiny 2 on Steam, even if you didn't purchase Shadowkeep. This is due to the game's New Light free-to-play version, which will come with a whole lot of content at no charge whatsoever. For existing players, we've got a lot of info about Shadowkeep's Pinnacle Weapon replacements, too.