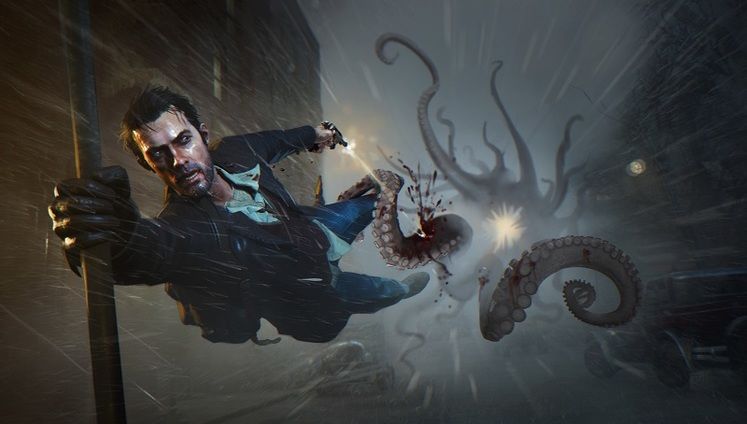 Update 3: As of February 26, The Sinking City is once again available on Steam and discounted by 60% until March 5.

Update 2: Publisher Nacon today revealed that the Paris Court of Appeal has rendered a first enforceable decision in the dispute between it and developer Frogwares on October 28, 2020.

The publisher has reached out to platforms and storefronts to make The Sinking City available for purchase once more. As a result, the Xbox One version has returned to the Microsoft Store. The PS4 and PC (Steam) versions are expected to be purchasable again "at a later date."

Update 1: Publisher Nacon has provided us with a response regarding the dispute between it and Frogwares regarding The Sinking City.

"A dispute between NACON and FROGWARES over the interpretation of “The Sinking City” video game publishing agreement is pending before French courts. A decision is not expected for several months. However, FROGWARES thought it necessary to anticipate the upcoming ruling by issuing an open letter on their website and Twitter feed, which reflects a personal and erroneous interpretation of the content of the agreement and the nature of this dispute. NACON emphatically rejects this open letter, the terms of which do not square with the facts." said the publisher.

"FROGWARES is seeking to discredit NACON in the eyes of the public and professionals alike (even going so far as disclosing confidential information!) and to jeopardise the distribution of “The Sinking City”, the development of which was principally funded by NACON. This behaviour, unworthy of any professional, is unacceptable and NACON intends to take legal action so as to get them convicted and obtain redress. NACON is confident about the outcome of the dispute, irrespective of the tricks used by FROGWARES to cause them harm."

The original story which details Frogwares' reasons for removing The Sinking City from stores and taking the publisher to court follows below.

Original: Earlier this year, Lovecraftian investigative adventure game The Sinking City was silently removed from storefronts. At the time, no details on the reasoning behind the decision were shared, developer Frogwares only saying that it was "working to fix this".

A recent letter provided to us by the developer reveals the reason behind The Sinking City's removal from stores to be publisher Bigben Interactive's poor communication during development and breach of contract.

"In exchange for a financial contribution to the development", developer Frogwares licensed publisher Bigben Interactive to commercialize The Sinking City on Xbox One, PS4, Steam and, after the exclusivity agreement was signed, the Epic Games Store. 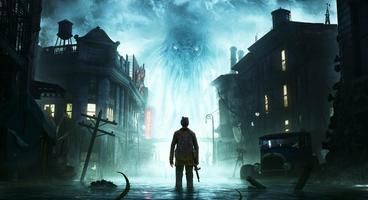 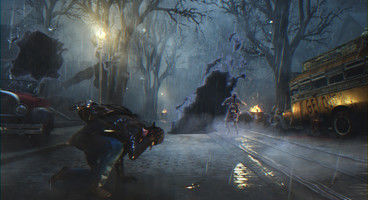 The Sinking City Removed From Stores

Frogwares would receive payment for various production milestones and a share of the revenue once the game hit the market. The trouble, claims the developer, began shortly after.

"During production, BBI/Nacon was hundreds and hundreds of days behind in payments in total. Each sum due on average being 40 days late, while our milestones were always on time and approved by the licensee. We had to issue formal notices multiple times so that we were able to receive the money that was owed to us." read the statement from Frogwares.

"Once BBI/Nacon bought out a competing studio working on another Lovecraftian game, they dictated that we give them our source code for The Sinking City. Once again, BBI/Nacon does not own the IP - they are a licensee. They sell the game - not develop and co-create it. After we refused to comply, we stopped receiving financial contributions for over 4 months." it continued.

To avoid confusion, Bigben Interactive rebranded its video game publishing arm as Nacon last year while also melding it with its peripheral business. For the purposes of this article, both names refer to the same entity.

Frogwares asked to see The Sinking City's sales forecasts only to receive documents which it labels as being "inconsistent" and impossible to use in predicting sales.

The Epic Games Store exclusivity deal was the only ray of light during this period, "due to the minimum guarantees in Epic’s contract", which consisted of a 30-35% share, that would make their way to the developer.

If Control's Epic exclusivity is anything to go by, the total sum for such a deal could go up to several million dollars.

Once The Sinking City was released on June 27, 2019, publisher Bigben Interactive reportedly informed the developers in a letter that it was canceling the previously agreed-upon milestones, which would lead to Frogwares not receiving a cent from the sales of its game.

"Nacon had to pay immediate royalties on the first euro and invented a reason to not do so. They wrote us about theses cancellations on July 4 2019 or one week after the release of the game. They invented damages that they would self-compensate, on our revenue, for around 1.5 Million euros. They came with cancelled milestones for the game; when the game was already out, making money.", Frogwares CEO Wael Amr told GameWatcher.

This retroactive cancellation led to Frogwares filing a lawsuit against Bigben in August 2019, which was when the developer "started to receive income reports, though incomplete and undocumented".

The developer also notes that it had its logo removed from some of the PS4 and Xbox One versions of The Sinking City, while copyright text on boxes and storefront pages was "legally incorrect, creating a perception that it was not Frogwares which was the owner of the IP". 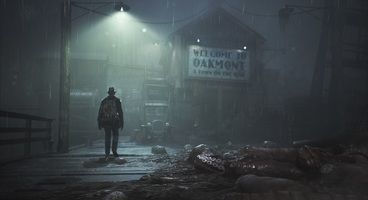 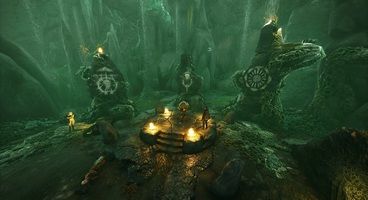 The developer also points at how publisher Bigben tried to add The Sinking City to the Utomik PC games subscription service before the exclusivity contract with Epic expired.

"We tried to contact BigBen/Nacon for 11 months and resolve these issues, but we have not received any satisfactory response from their representatives. So during a lengthy and exhausting legal battle, we finally decided to terminate the contract on April 20th, 2020, because of the numerous above-mentioned issues." read another part of the statement.

In what sounds like a last attempt to hold onto the license, Bigben brought up the fact that termination wasn't possible due to France's emergency laws meant to protect companies during the COVID-19 pandemic, while also refusing to fulfill its obligations.

Using the emergency law card triggered a Force Majeure article in Frogwares' contract with Bigben which, on top of the developer not receiving royalties "amounting to roughly 1 million euros", ultimately led to the agreement between the two companies being officially terminated.

Bigben attempted to appeal the termination on July 17, 2020 but the judge rejected the publisher's demands.

The delay in receiving royalties from The Sinking City's sales and development milestones didn't lead to Frogwares directly firing staff, the developer told us. At the same time, it is "quite sure that the absence of payments hurt the studio and the trust of many of our people inside. The uncertainty of the whole disorganization most likely led over 10 people leaving to go work elsewhere." said Amr.

Frogwares is "free to do whatever we want" with The Sinking City IP, which it owns entirely. In the long term, this could mean updating the game or even a potential sequel.

In the short term, the aim is to bring the game back on as many stores as possible while making sure that the revenue heads straight to Frogwares.

To this extent, the game is available on Origin, Gamesplanet and as a DRM-free copy on the developer's website, which is where you'll also find the full letter detailing the issues surrounding The Sinking City.

On a separate note, Sherlock Holmes: The Devil’s Daughter is the only Frogwares game that remains listed as published by Bigben and will remain so for the next 9 months, which is when the licensing agreement expires.

Amr hopes "that the end of the agreement can go on without a hitch" but has "serious doubts over reports and royalties for this title", claiming to have discovered "numerous mistakes over the 4 years of licensing agreement".

This, unfortunately, isn't the first time Frogwares has ran into publisher trouble. In 2019, then-publisher Focus Home Interactive delisted several games from online stores. They have since reemerged as self-published titles which will inform Frogware's publishing strategy from now on.

"Frogwares have already declared we’re going to be self-publishing all our future titles. It’s what’s best for the studio, our games and our fans. We started out already down this path by releasing The Sinking City on Nintendo Switch which is entirely our doing and now with Sherlock Holmes Chapter One, we’re set to release it ourselves across the board."