Update 2.0.21's overhauled progression sees players climbing 100 Renown ranks as they complete a variety of different activities in Sea of Thieves. As you progress through the season, you gain different rewards, including titles and cosmetics. Additionally, purchasing the optional Plunder Pass grants access to Pirate Emporium goodies. 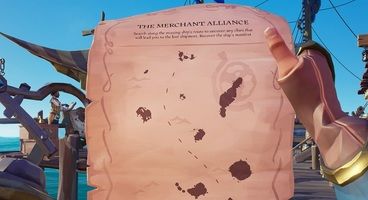 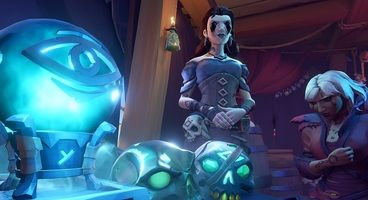 On PC, players can expect a 6.65 GB download if using the Steam version of Sea of Thieves or a larger 8.56 GB download on the Windows Store. Here are all the changes and additions introduced to Sea of Thieves with the start of Season One in the January Update 2.0.21, as detailed in the full patch notes:

We’re making it easier than ever to get rewarded for charting your own course and living the pirate life. Dig in below to find out how to earn Renown and make swift, clear progress over the three months that make up Season One – and what you can expect for your efforts!

Another permanent Voyage type comes to Sea of Thieves in Season One, providing a new way to build your reputation with the Merchant Alliance. They need pirates to recover lost Cargo Manifests and shed light on the fate of the crews, and they’re ready to pay well...

For those seeking something a little more focused than the intentionally wide-ranging Trials, each month of a Season will bring a new time-limited in-game Event offering its own rewards. See what's up first alongside some of your favourite recurring Events!

There’s a definite Lunar Festival feel to the first Emporium restock of the new year, from a full ship set to elegant pirate wear – complemented by Order of Souls Possessed Pets, some dynamic new emotes and the arrival of the Plunder Pass for boosting your Season One rewards!