Update: SnowRunner's 1.2 hotfix has added a partial fix for the duplication glitch.

Original: Off-road driving game SnowRunner has only been out for one day but that didn't stop the community from discovering a money glitch that allows them to cheat their way to becoming rich.

The SnowRunner money glitch takes a bit of patience to pull off, but sees your coffers filling up rather quickly, provided you go through the necessary steps. 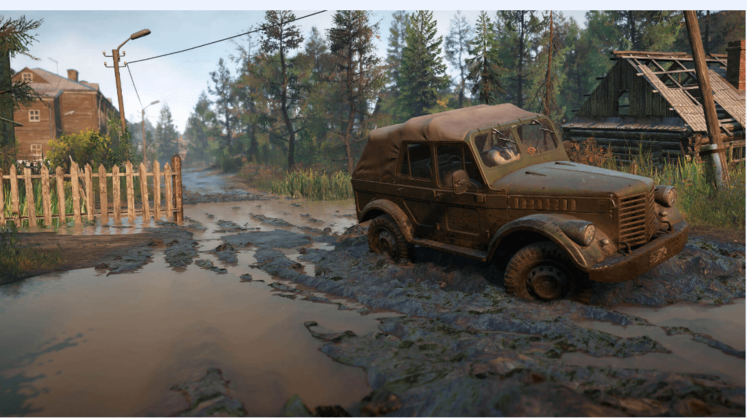 In order to cheat making use of this SnowRunner money glitch, you'll first need to progress through the game until you unlock the garage.

Then, hop into one of your expensive trucks and drive until you reach the point to cross to the Mountain River map. Park in the yellow area, then log out to the main menu.

Start a co-op session of SnowRunner, open the map, hop into the vehicle parked on the yellow area and transition into the other map.

As soon as your game loads, access the vehicle's functions and choose Recover. This will take you back to the garage. Once there, select Retain for that truck, then exit to the main menu.

When you hop back in again, you should find that vehicle duplicated and ready to be sold for money. YouTube user Mario Lopez discovered the Snowrunner money glitch on PS4, but it seemingly works on other platforms as well.

As with most unintended cheats, it's likely that the SnowRunner devs will catch wind of it and fix it in an upcoming patch.

SnowRunner is out now on PC, Xbox One and PS4. Check out the best mods available for the title.