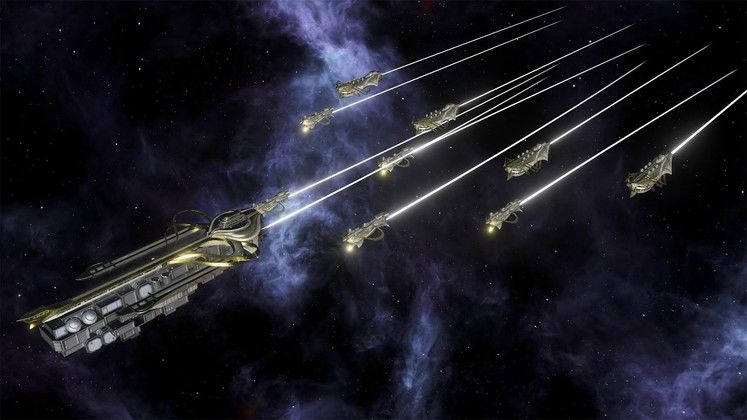 Stellaris is nothing if not dense with information, but it doesn't always present it in a simple and cohesive way. Administrative Capacity, for example, is crucial for the player to understand, especially late in the game, but not everything about it is as clear as it should be.

How does Administrative Capacity work? 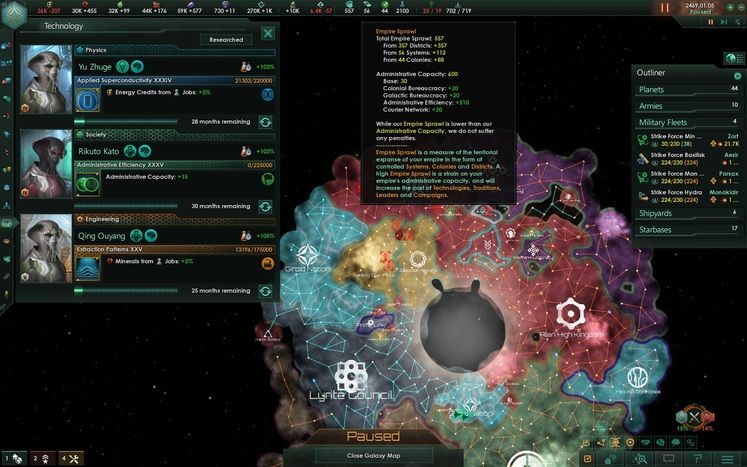 At the very start, a fledgling Empire's Administrative Capacity is at the score of 30, and it is increased by the following aspects of your rule:

Keep in mind that these bonuses scale additively. If you've got three points of Sprawl exceeding your Administrative Capacity, you're going to get triple the negatives shown above.

Having said that, there are virtually no benefits to being well under your Administrative Capacity, so experienced players recommend pushing your Empire to the max, even if it means going over the Capacity a tiny bit. As long as you can keep your costs under control, there should be no problems whatsoever.

Furthermore, there is no "sweet spot" that you should be concerning yourself with. If you can safely increase your Administrative Capacity, you should definitely opt to do so, but with the caveat of being able to actually fill that Capacity up. In practical terms, go for the upgrades wherever possible.

Stellaris is one of the best strategy games on PC, and it easily goes toe-to-toe with such leviathans as XCOM and Total War.