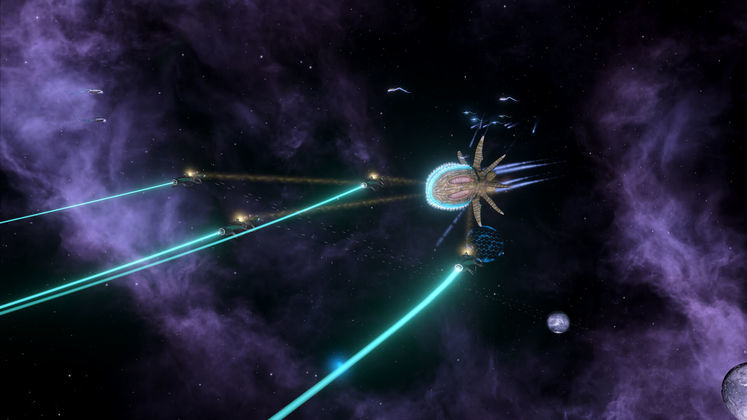 Story packs are smaller-sized pieces of DLC that mainly look to add flavor to the experience. Stellaris: Ancient Relics focuses on the pursuit of archaeology, as players dig for valuable relics and discover more about extinct civilizations. 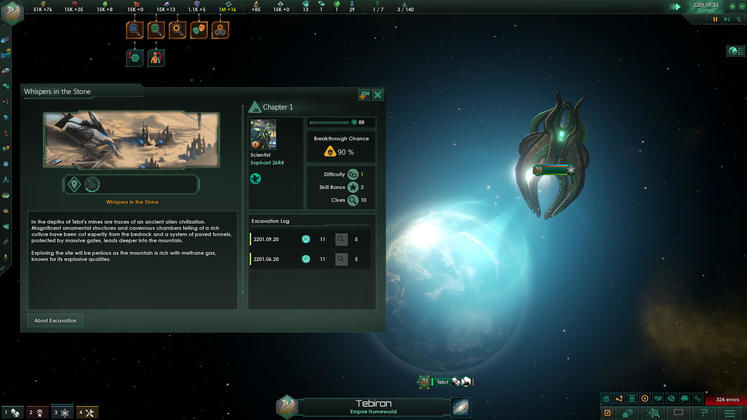 Stellaris: Ancient Relics Story Pack introduces a number of new features which encourage players to mix archaeology into the usual activities of their empire. Relic Worlds that once housed great civilizations are prime spots for archaeological sites, potentially hiding valuable relics or artifacts. Investigating each site kicks off a story between one and six chapters long, at the end of which your empire might just come off a bit richer or stronger.

Clues about two Precursor civilizations, the Baol and the Zroni, will be spread throughout the universe. Where the former was a strong plantoid hivemind, the latter were among the strongest psionics alive. Players will be able to search for and investigate their home systems, finding out more about what led to their unfortunate fates.

Stellaris: Ancient Relics Story Pack also introduces Minor Artifacts as a new resource that empires can use alongside relics which grant powerful bonuses to the empire uncovering them. The archaeology-focused DLC is said to be "coming soon". You can check out its announcement trailer just below, or drop by its Steam page where you can follow and wishlist it.