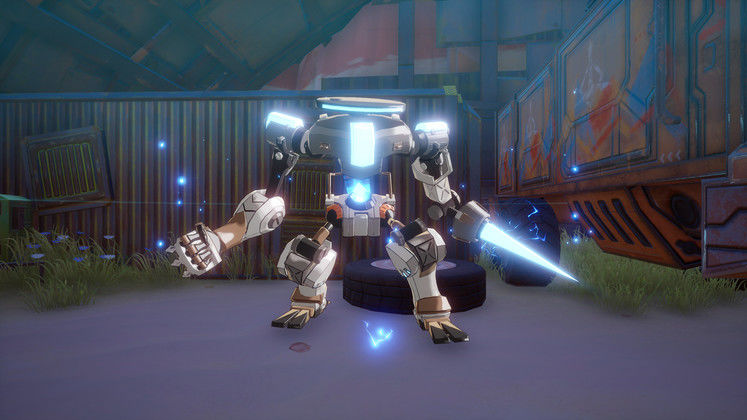 Weapons in Tower of Fantasy, the anime-inspired RPG, are diverse and complicated, but there are some basics everyone should know to make the most of their potential.

Characters have access to a wide selection of choices, each with their own general attack skills, dodge skills, main skills, and combination skills, and you can keep 3 different weapons equipped at any one time. 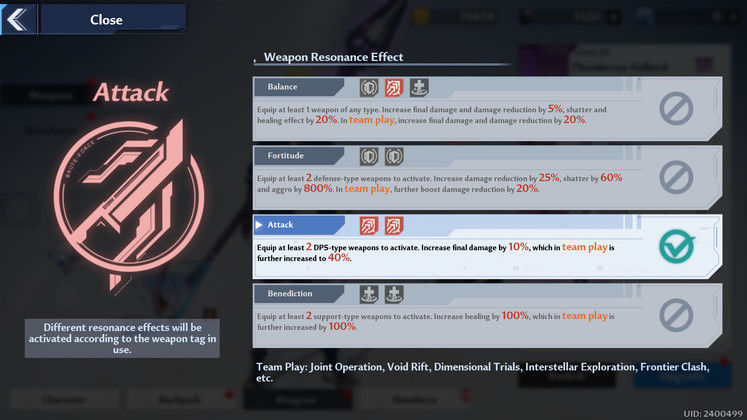 Weapons are split up in various ways, by role and element. Role comes into play once you unlock Resonance, which provides bonuses if you equip 2 or more of a single role. 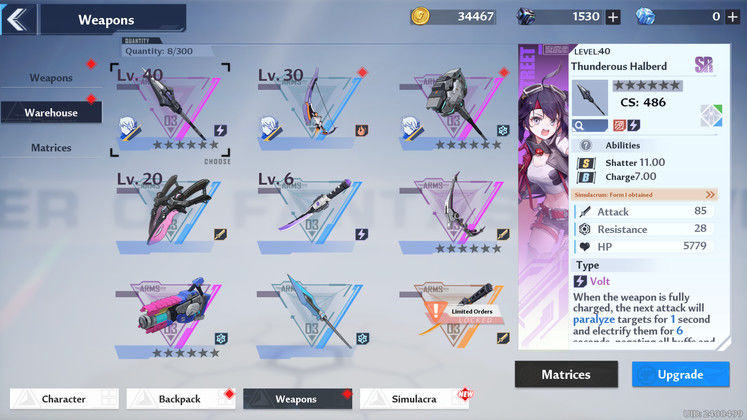 Elemental damage is important to note, not just because of the charged attack bonuses noted below, but because some enemies and objects have heavy resistance or total immunity to the wrong type of damage. This means keeping a few different weapon elements equipped is critical. 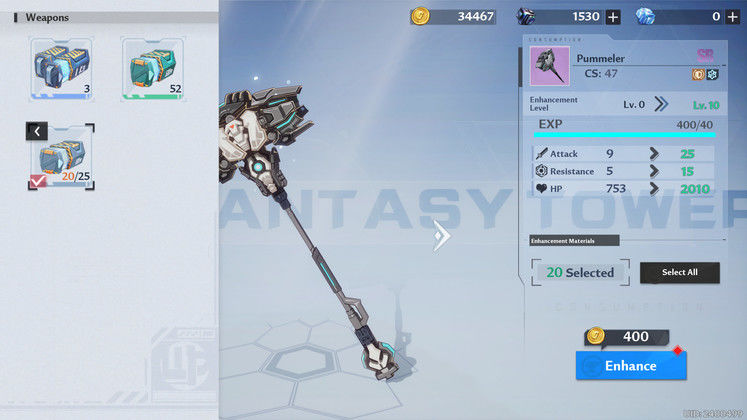 The bonuses granted by a charged elemental attack are based on the top-tier weapon rarity, the SSR variants. Rarity determines the power and upgradability of a weapon.

SR and SSR are also both associated with a game character and will give you one copy of their Simulacra, allowing you to duplicate their combat abilities.

R weapons are basic and cannot be upgraded, while SR and SSR can both be advanced up to 6 constellations (stars). Each of these advancements gives a passive effect on the weapon that can include new abilities and stat buffs.

There are multiple types of weapon upgrades available; 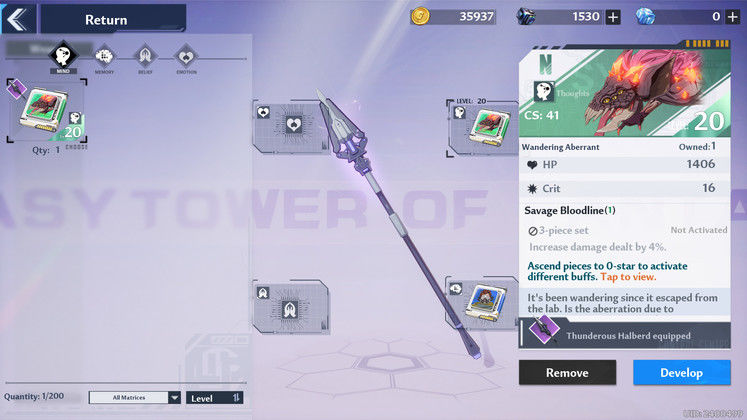 Matrices are the final option to upgrade a weapon and are unique in that they can be removed and replaced with others. Alone they provide minor stat bonuses, but when matched in a set grant more powerful buffs. These Matrices can also be upgraded to increase their potency.

Matrices are also limited by slots, with 4 types available for the following categories; 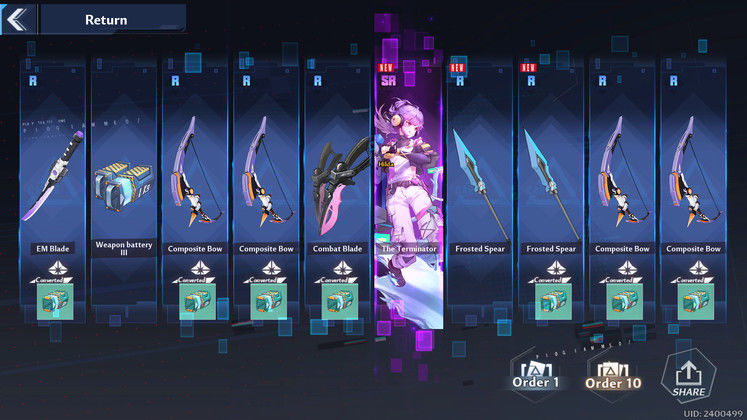 New weapons can be found as loot, bought directly for Black Gold, or acquired through the Special Orders loot boxes. Any time you find a weapon you already have, it will be converted into batteries or weapon cores. 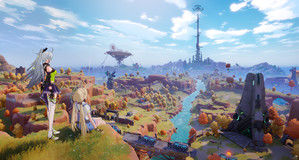