Warframe: How to Get Weapons For Free 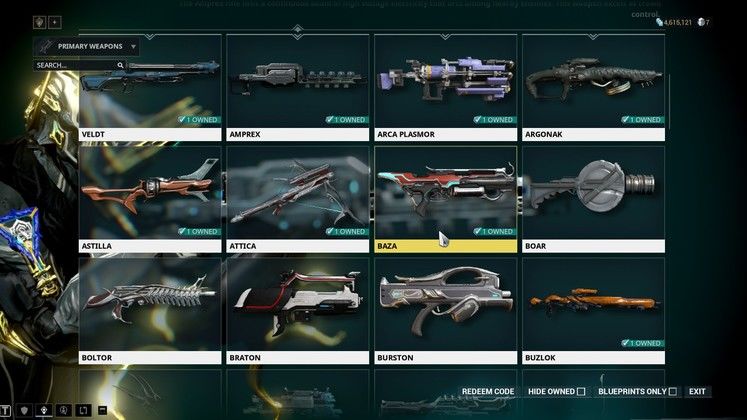 Free-to-play games are usually a bit of a hit or miss when it comes to the implementation of monetary systems, currencies and everything else that relates to one's ingame finances, really. The reason for this is simple: F2P games need to earn money, too, and in most cases this is done in the most hamfisted way possible. With Warframe, it's not quite that simple, because many players do not realise at first that effectively every single item, be it a weapon, a Warframe or regular gear can be farmed out and crafted for free.

Doesn't mean it's a simple matter to get to some of these things, however. Here in this article, you'll receive a primer on how best to navigate the game's Market console, how to get any non-Prime weapon you want free of charge and a few tips on spending Platinum in general. 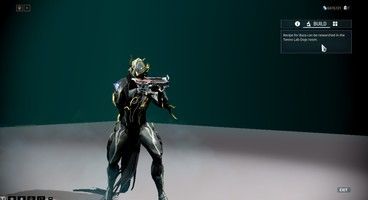 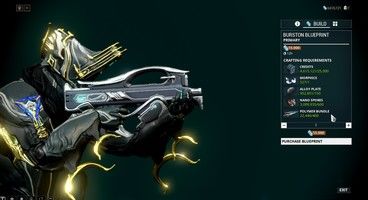 First, you may be wondering why I said that 'effectively' every item is free, and this is to account for the original Founder items which will never be made available in-game. These include Excalibur Prime, Lato Prime and Skana Prime, though there are literally dozens of alternatives to each of these items.

Moving on, what needs to be said is that most players' first encounter with Warframe's "premium" shop will be via the Arsenal module in their base of operations, where only the Platinum price is noted. Since fresh players begin with 50 Platinum, this is not enough to buy any of the weapons available, and is best invested into inventory slots.

In any case, your safest bet will generally be to ignore the Arsenal purchase interface and go straight for the actual Market console, located to the right of your vessel's holographic star map. This may seem even more daunting at first, but what you want to do is find a weapon you like and which is available for your Mastery Rank (account level, in practice), and click on it. 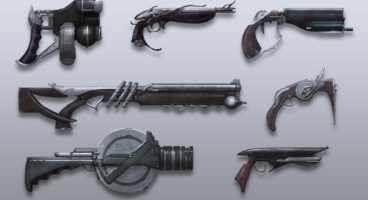 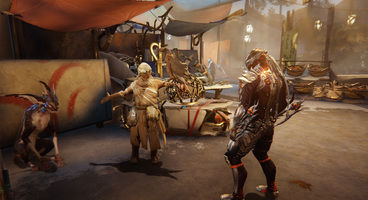 This will open a closer examination of said weapon, with its detailed stats shown to the right of the screen. Now, the stat interface is separated into three tabs, signified by special icons at the top of the window. What you want to do is click on the middle one, or the small microscope icon, and then you'll either be able to purchase the weapon's blueprint for crafting or see how to get one!

Worth noting is that some weapons, such as the silenced SMG Baza, require access to a player-run Clan Dojo, where research must be done on the said weapon to get permanent access to its blueprints. Naturally, once you've got a blueprint, you also have to farm out the required resources and wait out the crafting time (12 - 24 hours) before claiming the weapon.

Finally, it should also be mentioned that some weapons can be bought outright with Credits alone, ready to use! These include but are not limited to the Braton automatic rifle and the Lex sidearm, both great upgrades to the starting equipment of MK1 weapons.

Due to this article already being on the long side of things, further itemisation (Primes, Warframes, resources, currencies...) will be looked into in other tutorials, but the essence of it remains the same: get blueprints, farm resources, craft stuff. In case you want to learn how to breed your own Kavat, however, we've got you covered already.