World of Warcraft: Shadowlands will then open its first raid, Castle Nathria, and start its first Season on December 8.

The pre-patch Scourge event that will set the stage for the upcoming expansion and give players a chance to gear up their characters begins two weeks before Shadowlands' release, on November 10. 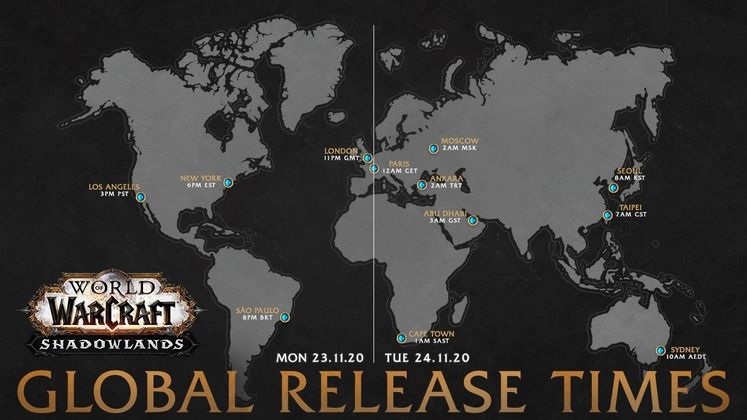 "Since we first told you about our decision to delay, we've used the time to further polish the expansion and shore up the endgame, including overhauling the combat and rewards in the Maw, and reworking the Covenant systems to make your choice more immediately impactful and have clearer long-term goals." Executive Producer John Hight said.

The expansion will roll out at different times across the globe – as depicted in the picture above –, hopefully making for a smoother launch and fewer login queues.

The World of Warcraft: Shadowlands release date announcement was accompanied by a story trailer which you can watch below.