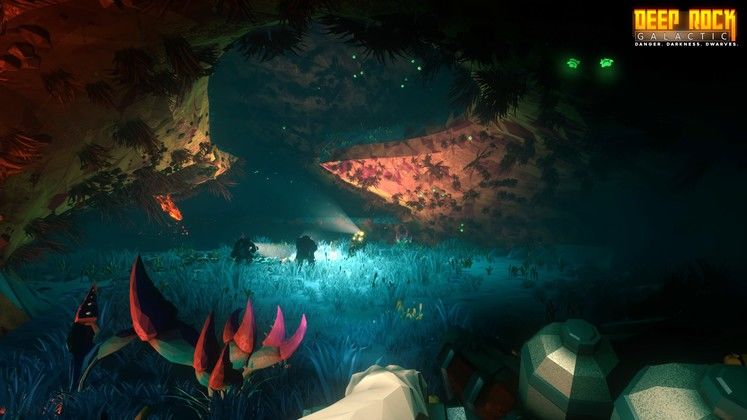 Last week, I met the developers of Deep Rock Galactic in central London for a hands-on preview of Deep Rock Galactic’s Early Access build.Alongside Ghost Ship’s CEO Søren Lundgaard and Albert Säfström from Coffee Stain, I spent nearly two hours with the game, talking about its development, design, and plans for the future.

A four-player cooperative shooter about space dwarves mining rocks in a dangerous alien planet, Deep Rock Galactic requires a lot of teamwork and communication in order to succeed. Taking place on procedural generated missions that refresh every hour, the game tasks up to 4 players with delving into the dark caves and subterranean abysses of Hoxxes IV in search of minerals for the eponymous mining company. 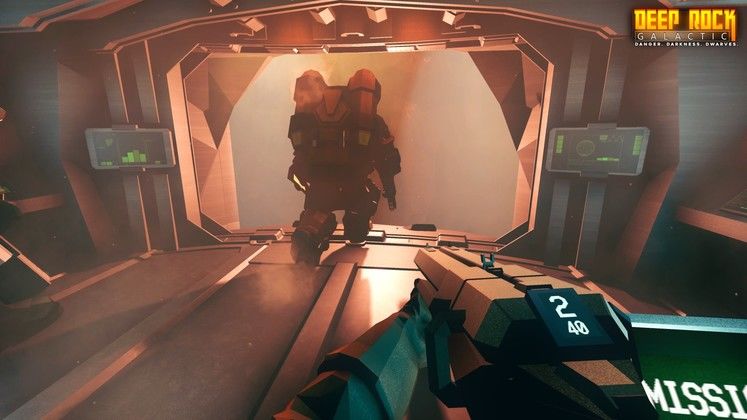 Made in Denmark by a studio fully dedicate to quality coop games, Deep Rock Galactic is a shooter all about dwarves. Spawning inside the crew quarters of a mining ship, players are able to use a computer to change between the four available classes: engineer, gunner, driller, or scout. Each one has a different loadout and set of skills, along with a unique piece of gear. The engineer can create footholds with a platform gun, gunners can place a zipline to reach those, drillers can drill through rock and create tunnels at ridiculously fast rates, and scouts can lead the way with their very own grappling hook and flare gun.

Overall, missing anyone but a scout creates a sizeable handicap on the team, and nothing is more annoying than have two players with the same class in a match. “One of our aims is that missions could be completed even with a full team of the same class. That isn’t recommended, but it can be fun as a challenge”, says Søren Lundgaard. “We had tests where people were playing with teams of four engineers or drillers, and while wasn’t practical, it was very funny.” 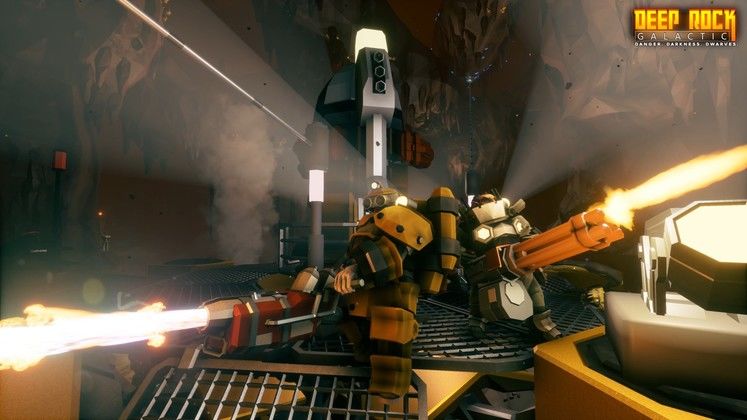 Previous to this session, I spent quite a bit of time with Deep Rock Galactic. I first learned of the game during a private meeting on gamescom, and later spent around 10 hours with the Closed Alpha on Steam. As a result, I’ve got a pretty good idea of what the game looked like up to mid-December.

When I sat in front of the computer, I was flabbergasted. The first thing that jumped out at me was the lightning, and how polished the visuals were. Textures were crisp, metal was shiny, and light sources created a proper contrast and atmosphere, giving the game an unquantifiable upgrade in quality. The UI was the second thing I noticed, which was completely revamped from when I last saw it. 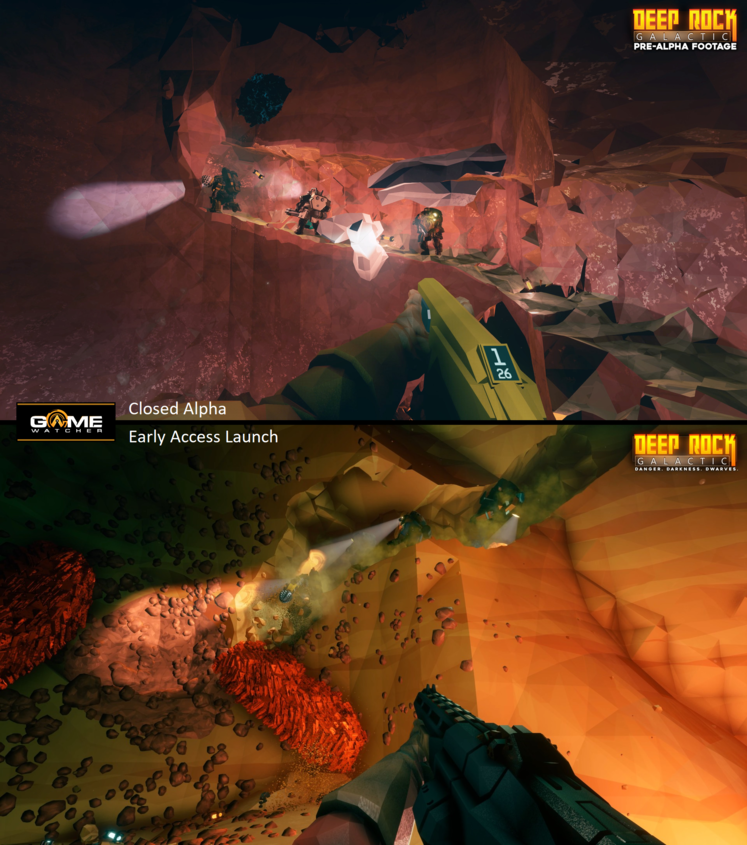 But it was worth it, as the new interface looks sleek and easily allows you to choose one among the myriad of randomly generated missions, which come in four types: a straightforward seek and destroy called Elimination; Point Extraction, which involves finding exotic gems around a stationary platform; and Collection and Mining Expedition, both of which revolve around gathering a certain amount of a certain mineral. 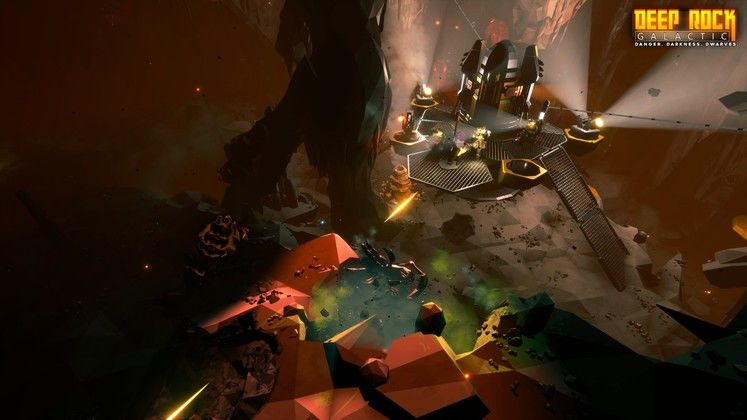 Those missions take place in giant caves deep within the planet’s crust, filled with several types of valuable ores. The maps themselves are procedurally generated and feature a lot of verticality, often requiring careful interplay of each of the classes’ skills to effectively navigate the environment and reach the mining nodes. The caves are also very dark, requiring the use of flares to light up the way.

When asked about surface levels, Lundgaard . “This is one of the most requested features, but it is really difficult to pull off”, explained Lundgaard. “Caves are self contained, easy to generate and keep the player around; on the surface, you no longer have a limit. Maybe on a Deep Rock Galactic 2,” he joked. 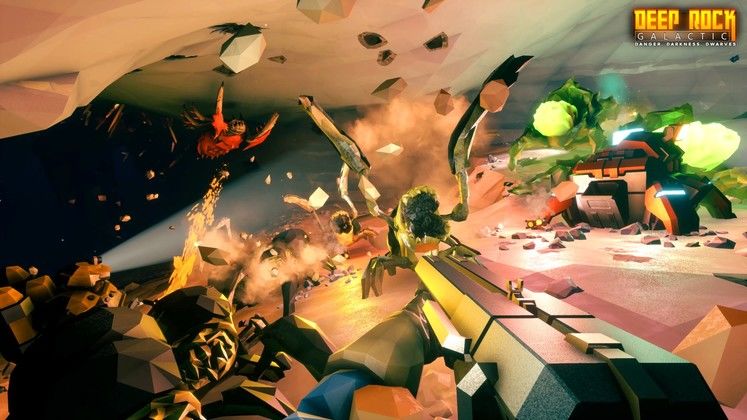 In the dark recesses of the caves, gigantic arachnid-like aliens come out of nowhere in swarms. They come in all sorts of sizes and functions, beelining towards the team and hoping to kill all who dare set foot inside the caves. There are several variations of enemies, from small dog-sized crabs to giant truck-wide spiders, and when they come, they come with a passion.

To fight them, each class is equipped with different weapons, including assault rifles, shotguns, and miniguns. Every team member also has grenades and a pickaxe to get them off rough spots, but teamwork is absolutely essential if the team intends to survive. In case someone doesn’t survive, they get incapacitated and must be revived, crying for help on the ground until a teammate picks them up. That is considerably harder than it sounds, as the incapacitated dwarf lies completely useless on the ground as his team must take out enemies and navigate the environment in order to help him out. 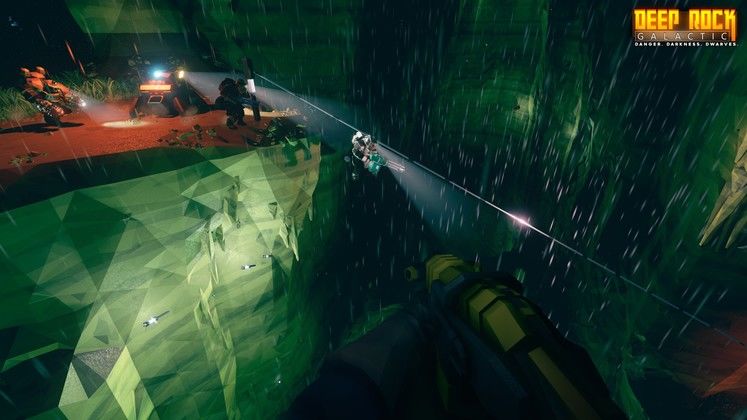 The game’s main objective revolves around the mining of a dark mineral called Morkite, strewn about in caves walls and ceilings. Other ores, like gold or the red crystal Nitra, can also be found, allowing you to call in resupply pods mid-mission and upgrade/customise your equipment once you’ve left the planet.

To help you carry all those valuables, a very cute little M.U.L.E. robot named Molly follows the team, and can be ordered to move around the cave for better positioning. Once you mine something with your trusty pickaxe, you just deposit the minerals on the M.U.L.E. and go back to mining. One thing that severely bothered me throughout the Alpha was the inability to order Molly to move somewhere other than right where you are, which led to reduced tactical options and more than once got her in the way of the team, and that has unfortunately not been addressed as of yet. 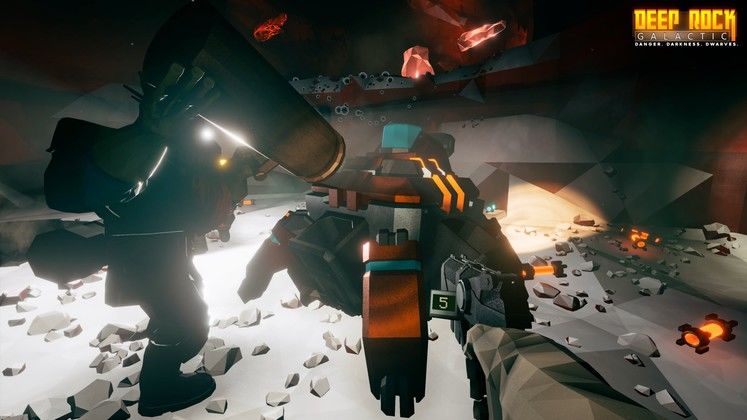 Once enough Morkite is mined, you can use Molly to call in a pod to get you off the planet. These are often the most heart-pounding portions of a mission, as the team must either find their way back through the labyrinthine caves or make their own path by mining rock and stone before the five minute countdown is over. This is usually when insects start to come out of the walls in an endless swarm, adding an extra degree of panic – as if the automatic mission failure was already not pressing enough.

If the drop pod departs without the Dwarves on board, the game does reward you with all minerals that were successfully extracted, through the experience is gone and the bonus payout substantially decreases with each dwarf that fails to make it to the pod. This perfectly encapsulates what the game’s lore is all about – Deep Rock Galactic is a mining company worried about profits first and foremost, sparing little thought for their employees once the cargo hold is full of minerals. 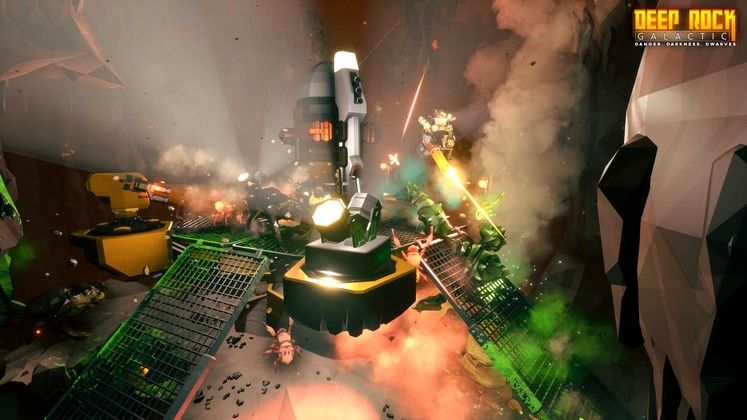 Truly, I’m extremely impressed by Deep Rock Galactic. I’m glad to see it has come leaps and bounds since an already quite capable Alpha period. The game remains as fun as ever, but with extremely polished visuals and audio now worthy of a proper release.

Discussing Early Access plans, Lundgaard told me the first order of business would be adding more enemies. After that, “more customization items, more levels, more weapons, maybe another dwarf” – all of it free during the year or so Deep Rock Galactic spends on Early Access. 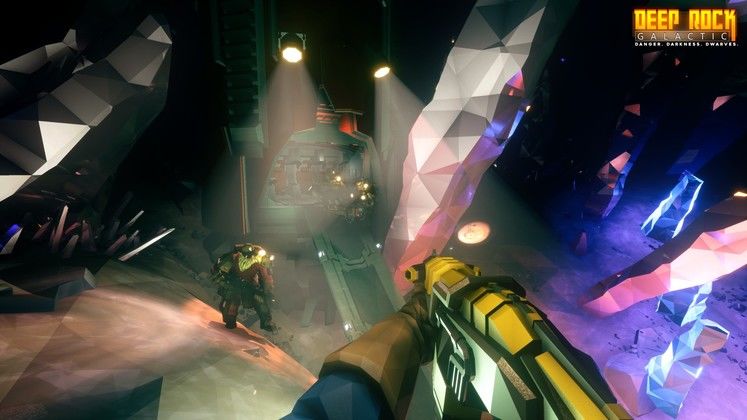 A true co-op is a rare thing nowadays, and a good co-op is ever rarer, but the team at Ghost Ship already put together an amazing and satisfying experience that stands shoulder to shoulder with the best co-op titles out there. All that remains to be seen now is if they’ll manage to keep that momentum going – and by the looks of it, they will.