Climbing trees and chewing bubblegum, and bubblegum hasn't been invented yet 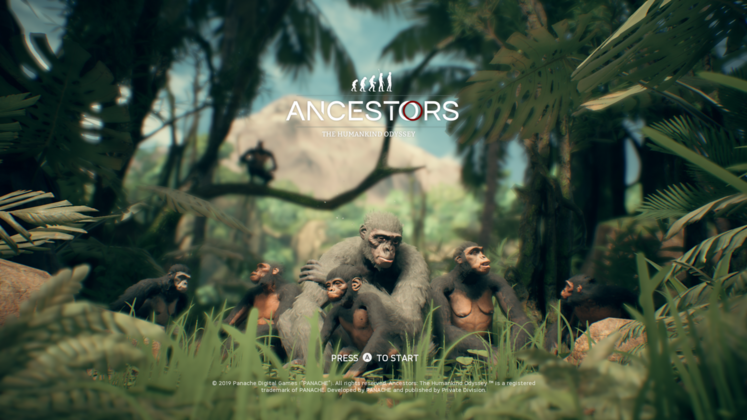 I’m honestly torn about Ancestors: The Humankind Odyssey. On one hand, it’s a unique experience unlike any other, that forces you to rely on your innermost instincts to retrace the steps of human’s ape-like ancestors. On the other, it is a very opaque experiment that relies on trial and error to advance, choosing to not guide the player to foster “eureka” movements… and which sometimes, is not really that fun. 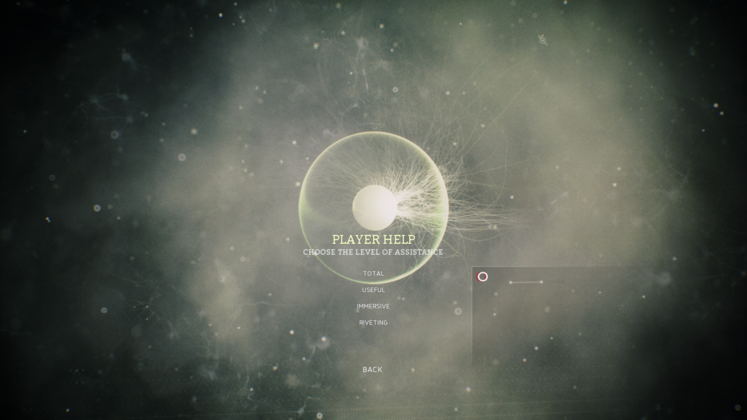 Setting aside the Crusades as a backdrop and the moral meanderings of war and humanity, Ancestors delves deep into the common trait shared by all humans – that animal-like quality that’s only a few thousand years and one genetic fork away from monkeys and apes. Starting as a lone baby hominid recently orphaned by a giant eagle, you must find a place to hide in a very oppressive jungle full of predator sounds and visions. Once you do, the game shifts control to an adult member of your clan – a relative of the infant ape and his long gone parent – who must then track down the hidden orphan and carry him to safety.

That whole experience makes up the first 10 minutes of Ancestors, and it is amazingly alien. You got buttons for hearing and smelling, allowing you to use your instincts to locate predators and other clan members, but they were of surprisingly little use. The sheer amount of white noise present in the interface makes the game world feel like a radar screen readouts in the middle of a New Orleans pier during Mardi Gras, so I ended up finding the infant by memory of where I hid him, which turned out to be the most important skill in Ancestors. 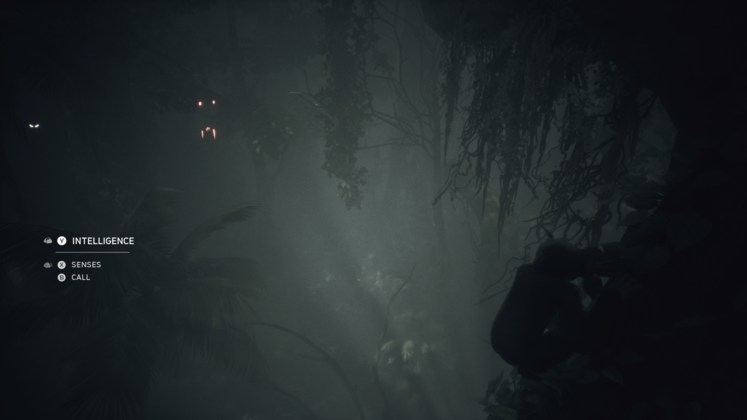 You see, this game about evolution is very much what evolution is supposed to be. As the first apes that are starting to be smart enough to eventually conquer the world and make games about being apes, your tribe is very much bare in terms of knowledge. Every plant you find and eat give you an insight upon their functions, every rock and branch become a possible tool, and every animal out there is pretty much bent on killing you. As you interact with the world, you start to learn more about it – which plants to eat and heal with, which rocks to use to bash a coconut open, how to sharpen a tree stick into a makeshift spear and impale stuff, and so on. These are done by sheer experimentation; pick up a rock, press a button to examine it, and now you have a vague idea of what a rock is. Pick up a coconut, examine it, and now you are aware coconuts are a thing. Use them/examine both of them together long enough, and your ape has the brilliant idea of bashing them together and making food out of it.

Besides exploring, eating, and sleeping, Ancestors also requires you to perpetuate the species by getting apes to get freaky with each other. You can freely change controls between apes at any time and engage in a very unenjoyable and time-consuming flirting process of picking fleas out of each other’s back, the humanid equivalent of a Tinder swipe. Give enough backrubs, and a baby gets born – a baby which honours some of the knowledge you got and advances your race. 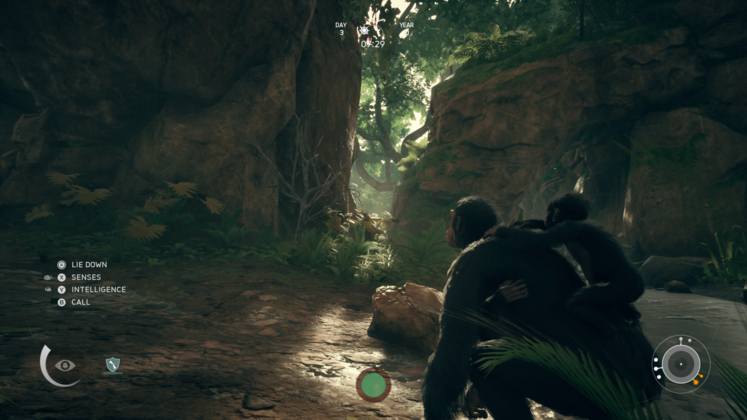 The amount of knowledge you can pass is limited by the amount of babies you can have, turning the game into a proper expansion initiative. With enough knowledge (and babies), you can skip the “one generation at a time” progression and leap several thousand years, increasing the relevance of your tribe and the knowledge contained within.

While interesting in paper and execution, Ancestors is far from perfect. The game allows you to climb virtually everything from trees to mountains, giving you a little stamina bubble that fills up as your ape gets tired. It never tells you that, but you learn it, as you do everything else. The problems arise when you want to do simple things and the game refuses to tell you how to do it, like getting a baby ape off your back. At one point, I made the mistake of picking up two ape infants, who decided to hang off my humanids back and chest like a furry backpack and plate carrier. Problem is, the game never told me how to get them off, leading me to spent around 40 minutes running around with half my tribe babies into the jungle where I could be murdered by sabertooth tigers before giving up, changing apes, and never touching an infant again. The lack of hand holding is a great aspect of the game when it works, but when it doesn’t – God, is it frustrating. 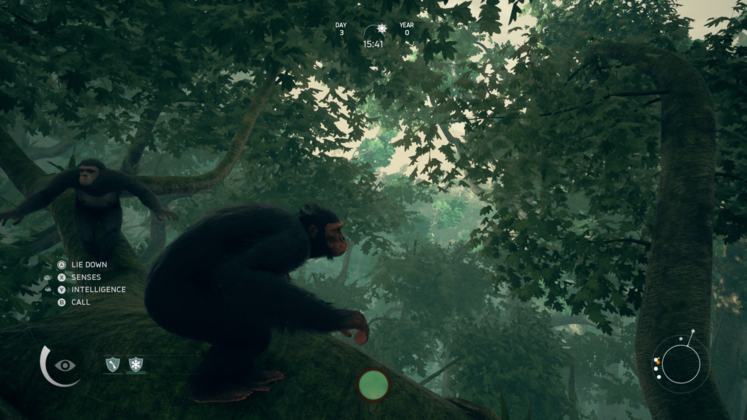 Curiously, the game has a fantastic presentation. While graphics are clearly not cutting edge, the opening presentation to cutscenes and immersion is pure AAA quality. Sound design is good, as is the music, but controls can be very finnicky – Ancestors does warn you that it plays best with a controller, and it is absolute right about that. However, given the focus on natural instinct and reactions, I wonder if they shouldn’t have recreated Assassin’s Creed’s Animus “puppeteer” scheme where buttons controlled legs, arms, and heads – it would have made for a much more easily understood (not to mention natural) learning curve.

In the end, Ancestors is a fine experiment that I’m sure will interest a lot of people, but I must say it wasn’t quite my cup of tea. As fun as it is to run around and climb stuff, leading a group of apes into a bigger group of somewhat smarter apes is not exactly an exhilarating proposition – especially when you can easily screw up to the point of losing the clan, not finding a surrogate, and having to restart the game and relearn everything all over again. If the idea of playing through evolution without any guidance and getting your ass kicked by nature appeals to you, then definitely give Ancestors a chance – it’s the kind of experience you’re probably not getting from anywhere else.

An interesting experience that will divide players.

Escaping a sabertooth by climbing up a tree and watching his sorry ass trying to get me in vain. 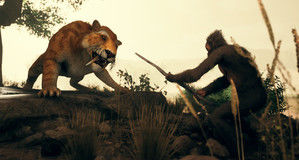 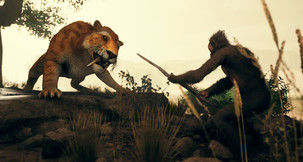 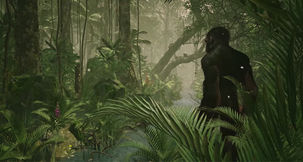 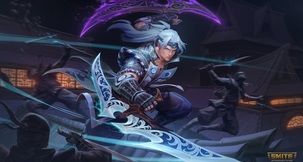