So say we all 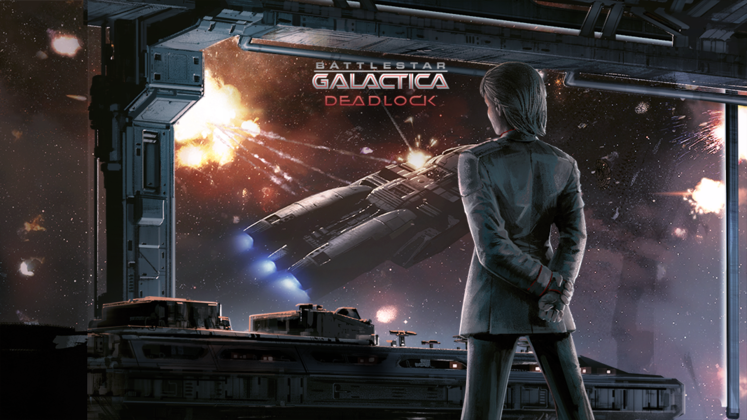 Battlestar Galactica: Deadlock came out of nowhere at a time when the franchise as a whole is hardly at its peak in terms of popularity. Basically, this game is the only thing related to Galactica making any news whatsoever right now, and it’s going to suffer for it – which is unfortunate, because Deadlock is magnificent.

Deadlock is a turn based space strategy game with the light trappings of grand strategy. The turn-based space battles are the main attraction here, however the deep and nuanced campaign’s other mechanics cannot be discounted either. It’s a fairly complex game – though we’re not speaking Paradox grand strategy levels of complex - that has a lot to offer. 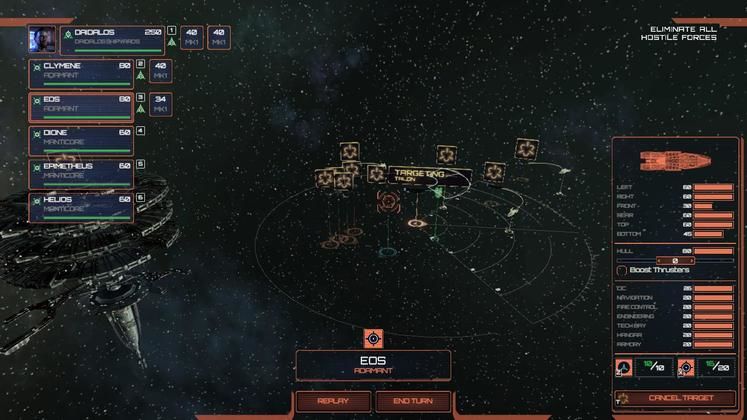 Micromanaging your ships is key to achieving victory

The game may be a Battlestar Galactica game, and it may have all the visual and audio cues linking it to the series – similar soundtrack, authentic ship design, same uniforms, familiar character names, and so on – but Deadlock is a prequel. It’s set during the First Cylon War, which in the show is a past event. This conflict is a lot more evenly matched than the brutal Cylon steamroll of the Second Cylon War seen on TV, and is more about building huge fleets to whop the toasters with instead of fleeing for your lives.

The overarching mechanics of the campaign involve managing the politics of the twelve colonies and protecting various planets while pushing back the Cylon fleet. You start off with all twelve colonies in a tenuous alliance, however the order in which you do missions will affect your standing with them. If a colony is being attacked by a Cylon war party and you ignore them, they’ll abandon the alliance, meaning you’ll get no income from them.

You’ll need to collect two resource types in the game – Tylium and Requisition Points. Tylium is your basic equivalent of money, with which you build ships. RP is used to unlock blueprints for new ships and munitions, and to recruit officers. You start the game with a single fleet group – one with your mobile HQ, the Daidalos shipyard – but over the course of the game you can set up several, and each can get an officer assigned which grants you bonuses based on the skill-tree of the officer, thus sneaking a bit of roleplaying mechanics into the game as well. When building ships, you can pay a small fee to wait for it to be completed over the course of several turns, or pay a huge sum to immediately get it. Do you conserve funds and build fleets over time, or splurge now for immediate reinforcements? Juggling these decisions while trying to keep every colony on board, and also balancing story missions with relief activities add depth and strategy to the game even when you’re not in a battle.

Visually, the game is nothing to write home about, but it’s definitely competent. It’s not too hardware intensive, and with all settings maxed out it’s easy on the eyes, especially considering you’re looking at the ships from rather far away. A neat feature is that after each battle, you have the option to re-watch it in a cinematic way, giving you new angles and close ups on the ships. These replays look fantastic and fittingly epic, and the graphics hold up even when looked at from closer. The accompanying soundtrack fits the BSG vibe perfectly, and many sound effects were lifted directly from the show for maximum authenticity. The design of the ships themselves are great, they are easily distinguished based on silhouette, but they still fit the aesthetic of the show, whilst offering a much larger variety. 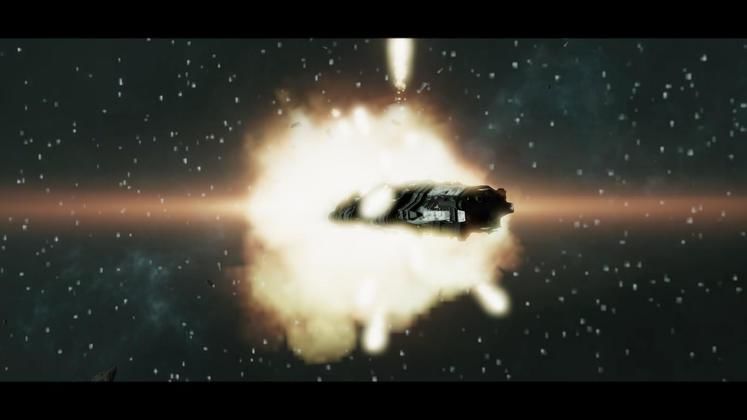 The only gripe I had with Deadlock during my time with it was the relatively frequent crashes. Over the course of my first 8 hours with it, it crashed on me 5 times, once during recording a battle replay, thus losing the whole video. If the developers would iron out these technical issues, I wouldn’t have a single bad word about the title.

Battlestar Galactica: Deadlock is a massive treat for fans of the franchise, but even if this is your first exposure to the universe, it’s well worth your money. It’s a sufficiently deep, extremely fun and good looking turn based space strategy game with fantastic combat and a content-rich campaign.

Seeing two sizeable fleets clash amid a hail of missiles and turret fire while squadrons of tiny fighters buzz around never gets old, but putting up the biggest of the big on each side just to see what happens is peak epic. Packing a Cylon fleet full of as many Basestars and Centurions as the fleet-points allow, while giving the humans Jupiter Battlestars and letting them loose on one another is a sight to behold - especially when they collide frontally. 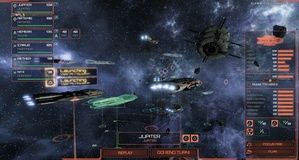