Game of Thrones: Episode 3 – The Sword in the Darkness

Game of Thrones: Episode 3 – The Sword in the Darkness Review

Chris Capel takes his vows before the scary tree

Wow, things are hotting up now. Literally, in the case of a certain lizard who’s been on all the promotional material and so really shouldn’t come as a surprise when he shows up. Nevertheless no other spoilers for Episode 3 are below, but I may allude to things happening in Episode 2 and, well, f*** Episode 1. Anyway, The Sword In The Darkness sees things getting even rougher for the Forrester clan, surprise surprise, although there may be light at the end of the tunnel. It might be a dragon however.

As mentioned, things are rough for the Forresters. As former Bannermen to the now disgraced House Stark they face opposition from the Lannisters, the Crown, new lord of the North Roose Bolton, and their old enemies the Whitehills who are in favour with the Boltons. Even the return of the eldest son Roderick from the brink of death does not spark much hope as he is near crippled, so it’s up to Mira in King’s Landing and Asha across the Narrow Sea to secure their future. But what of the tales of the North Grove, and how can Gared help from the Night’s Watch? No spoilers, but I can say that all these questions will be answered somewhat in Episode 3. 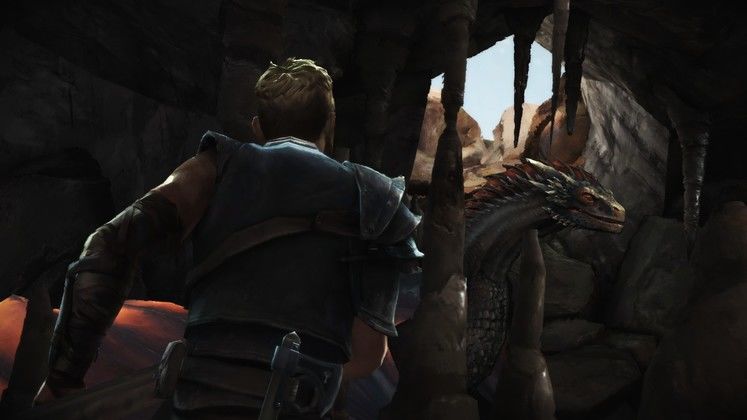 However now I’ve finished The Sword In The Darkness one shocking thought came to mind: is it actually possible to [b]lose[/b] Game of Thrones? In Episode 2 for example Roderick can romance the daughter of a powerful family, or just force her to marry him. I did neither, and the Forresters seem in a far worse place. More importantly is that in Episode 3 there is a moment when one of the characters basically says “if Mira and Asha fail, we’re doomed”. I’ve already failed at one point with Roderick… but if I fail with the other characters, will I actually get a “bad ending” which sees the Forresters wiped out? This will be a incredible feat for Telltale if true, since one of the big criticisms of their games since The Walking Dead: Season One is that it doesn’t matter at the end of the day what choices you make, the story still unfolds the same for everyone. If Game of Thrones allows for your bad choices to actually lead you and the Forresters to ruin, this could put it in the running for a game of the year contender. 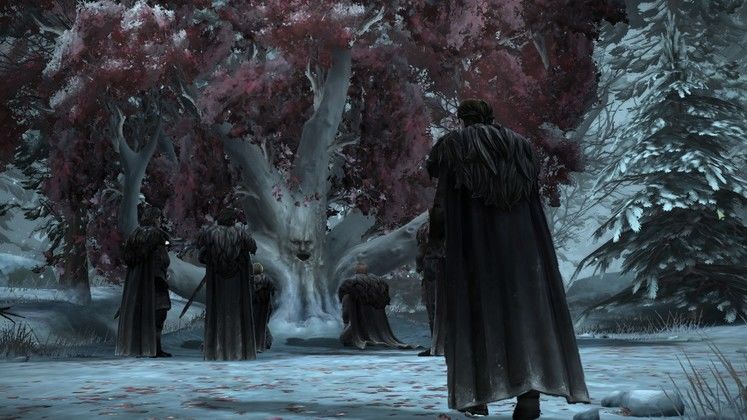 This is just a conspiracy theory (I’m starting) right now, but I am still loving how utterly unpredictable the consequences can be. Telltale are getting really good at this. I always think I know, or at least guess, how something will go if I do or don’t do a certain action, and 90% of the time I guess wrong. I love that, and it really makes every moment in these episodes exciting. That said once again there is at least one major choice that is pulled out of your hands. In Episode 2 this was Mira Forrester going to a very obvious trap, and in Episode 3 I’ll simply say it involves Gared getting into a fight where you have no real choice over your actions or the conclusion. It’s once more a frustrating lapse in the choice-based gameplay Telltale are weaving, and I’m doubly disappointed to see two in a row. Of even more concern though was when Jon Snow told me “no more talk about the North Grove” when I’d never mentioned it to him.

I also have to criticise the graphics once again. Telltale have kinda sorta been getting away with the slightly off cel-shaded watercolour style with only a few minor grumbles from me, but the appearance of a dragon (IT’S NOT A SPOILER, HE’S ON THE DAMN PROMO BANNER PEOPLE!) is the big slap in the face. It’s got some good movement, but it really does show how utterly outdated the Telltale Tool engine completely and utterly is. The beast’s fire effects in particular are godawful, I saw better fire in Return to Castle Wolfenstein (2001, three years before Telltale even existed) and it spoils a couple of really dramatic moments. We’re into the days of ultra-cheap Source 2, Unreal 4.0, CryEngine 3.0 and Unity 5 engines now, so the Telltale Tool [b]needs[/b] a massive overhaul or it needs to be ditched. And I’ve been saying this since Jurassic Park so it’s probably not going to happen. Sigh. 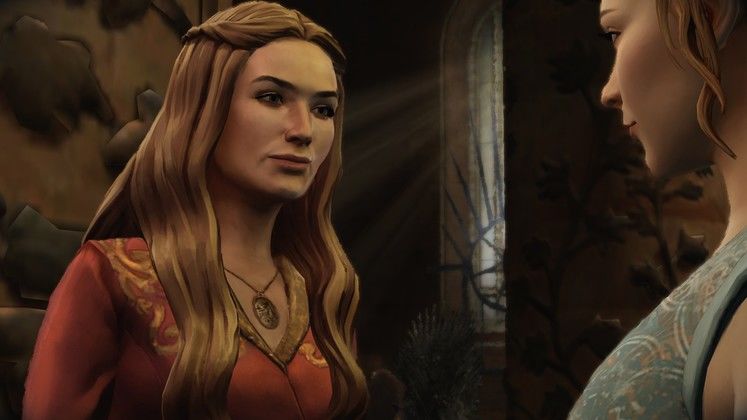 Once again though outside of writing the real strength of Telltale’s games lies not in the visuals but in the audio. The aforementioned dragon scene is made a hundred times more convincing than the drab engine can convey thanks to powerful sound effects, excellent music and believable voice acting. Jared Emerson-Johnson once again proves he’s one of the great gaming composers with his cool understated soundtrack that melds well with the show’s themes. Regarding acting Episode 3 features the biggest number of cast members from the show in any episode so far, and for once they actually interact with each other to great effect. Therefore it’s even more impressive that the game’s unique characters easily stand up to the established TV cast, managing every emotion and shining in every big moment. Still, one flaw perhaps with recording - occasionally a character’s line will be in a completely different tone and pitch from the rest of their speech. It only happened about twice, once with Jon Snow’s Kit Harington, but it was jarring.

GAME OF THRONES: EPISODE 3 – THE SWORD IN THE DARKNESS VERDICT

I said in the last episode’s review that Telltale had to pull off something major to make up for the very good but not great Episode 2 and… I’m not entirely sure they have. The story is really picking up gear and I still love how the consequences to the player’s many choices are very unpredictable, but how great it is will depend on the ultimate question: can you lose the Game of Thrones? Obviously we won’t get the answer to that until Episode 5, but for now the shocking events in The Sword In The Darkness will give players a lot to chew on. A very good continuation of the story then, but I hope and suspect that the “holy s**t” moments will come in Episodes 4 and 5.

Here be dragon. Or the scary tree vows.

Game of Thrones: Episode 3 – The Sword in the Darkness Essentials 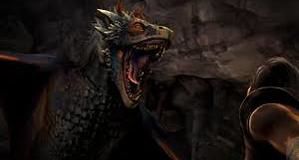