The Surge: A Walk In The Park DLC Review 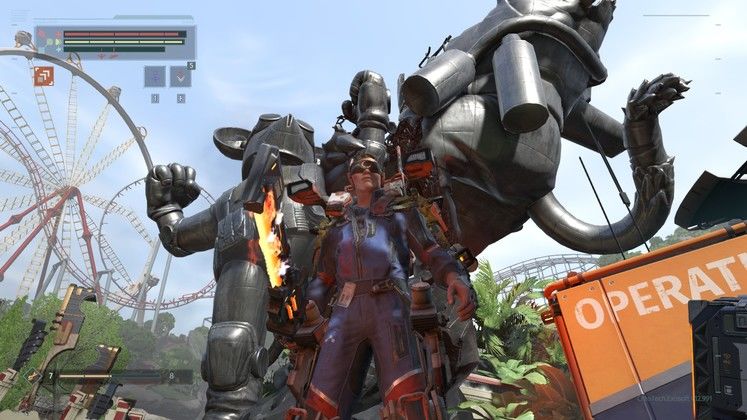 Earlier this year we reviewed The Surge, the latest attempt by Lords of the Fallen developer Deck13 to emulate the successful Dark Souls series. Once again, it didn’t make it. While the combat was fantastic, with a neat limb-targeting function, and it got a lot of the basics right, it got many key things wrong too. The world was dull and cramped, enemies weren’t interesting, and the whole thing still reeked of a being a cheap Souls knock-off. Now Deck13 are back with the first (and possibly only) expansion for The Surge, called ‘A Walk In The Park’ – have they learned from their mistakes or is it yet another failure?

Our review of The Surge! Fancy more theme park designing than killing? Check out our page for Planet Coaster! A Walk In The Park is accessed via the main campaign, a little easier than one of the convoluted Dark Souls methods of accessing DLC expansions but still a little way into the game. It’s set in CREO World, an amusement park in the style of Disneyland where all the robot mascots are running amok, in an orgy of blood and kicking and the biting with the metal teeth and the hurting and shoving. It’s the violentest place on Earth! And other assorted Simpsons references. 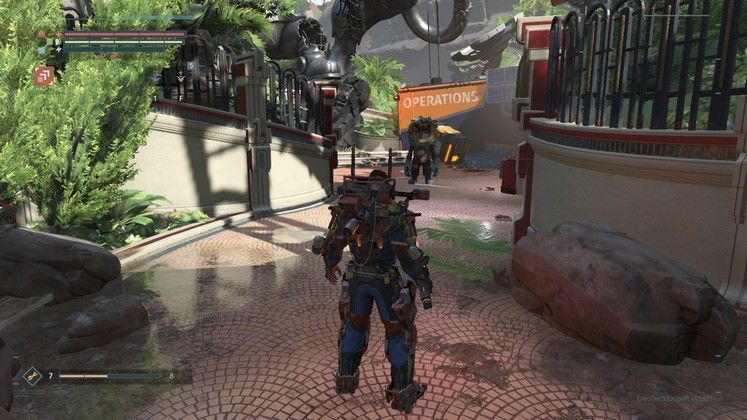 What A Walk In The Park does that The Surge failed to do is be interesting. It has a personality, and a location that you actually want to explore. CREO World is twisted but fun, and finding all the various rides, characters, and lore scattered about actually makes this expansion compelling in a way that both Lords of the Fallen and The Surge weren’t.

Enemies are similarly entertaining, for the most part. The expansion slightly lulls you in to a false sense of being imaginative by frontloading A Walk In The Park with cool murderous mascots, such as a leaping lethal donut and a soda can that makes the sound of a can being opened before it blasts your head off. There’s even a 12:00 Robot Parade! Don’t miss it or you’ll have to wait for the 12:05 Parade! I am not joking. 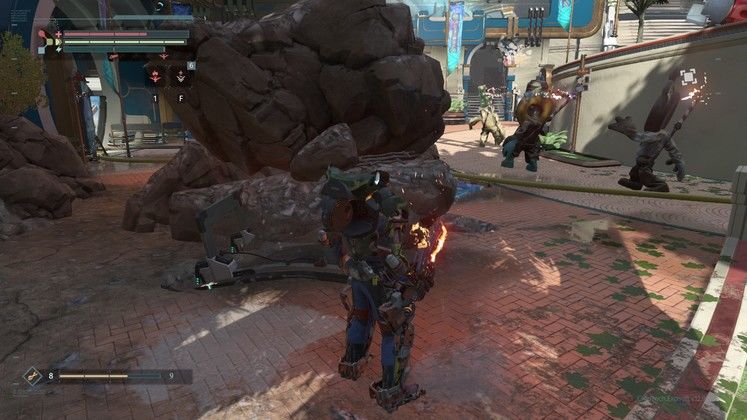 Unfortunately after a while A Walk In The Park remembers that it’s The Surge and starts throwing cybernetic humans and floating robots and other boring stuff that we got sick of in the main campaign. By the time the mascots start showing again – in new, almost-a-boss form – you breathe a sigh of relief so big you almost don’t notice how high the difficulty level skyrocketed. And it does. Oh my, it does. For half of this expansion I was only having trouble when I wasn’t concentrating or let too many enemies gang up on me. The second half though, the moment a particularly hard new enemy with a long reach shows up, I found myself making no progress at all unless I ran past or otherwise ignored fights.

In general though, everything that The Surge got right still stands. The combat is still pretty excellent, and the neat ability to target vulnerable body parts (which basically becomes a requirement in any fight) is still a neat twist on the Dark Souls formula. Regarding overall level design, A Walk In The Park manages its shortcuts, express lifts etc so well you almost don’t notice there’s only one safe zone in the entire park, and there’s plenty of secrets, hidden paths and more to make exploration fun. It’s never as clever or inventive as any Souls game, but it’s more than acceptable. 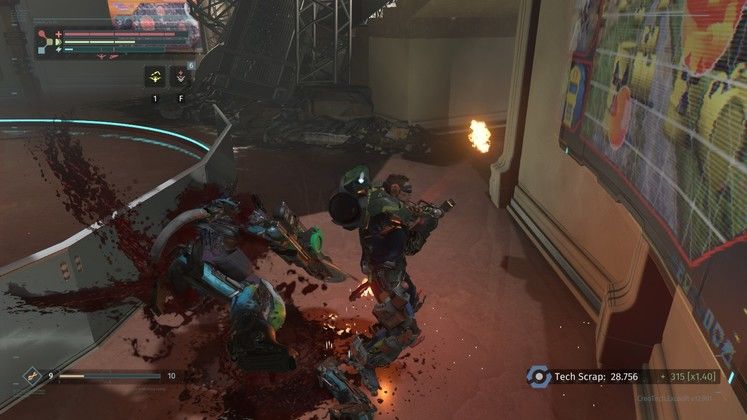 MINIMUM:
RECOMMENDED: Our test system was an AMD FX-6300 Six-Core Processor, 16 Gb RAM, Nvidia GTX 1050 Ti 4Gb, and Windows 10 64-Bit, and much like the main game of The Surge we had no trouble running it. Anyone who ran the main game won’t have any problems with the expansion. 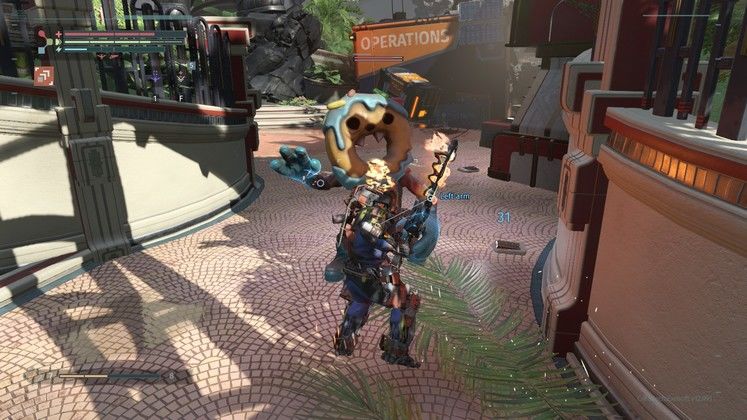 Purely by being more colourful and fun, A Walk In The Park manages to be vastly more attractive than the main game. It’s a wonder what an interesting design aesthetic can do for a game. If only The Surge had had that from the start.

Whereas The Surge managed to get the basics of Dark Souls right but failed to make either the enemies or world interesting, A Walk In The Park corrects this problem (for the most part). The idea of a sci-fi Souls game was cool but setting it in a Disneyland-style theme park is clever and done pretty well. It’s very much Itchy & Scratchy Land from The Simpsons, with killer mascots and murderous jolly robot parades. Things get ridiculously tough towards the end and the game starts to forget about the fun enemies, but with this expansion Deck13 have finally made a Dark Souls alternative people might want to play. If you own The Surge, you need to take A Walk In The Park.