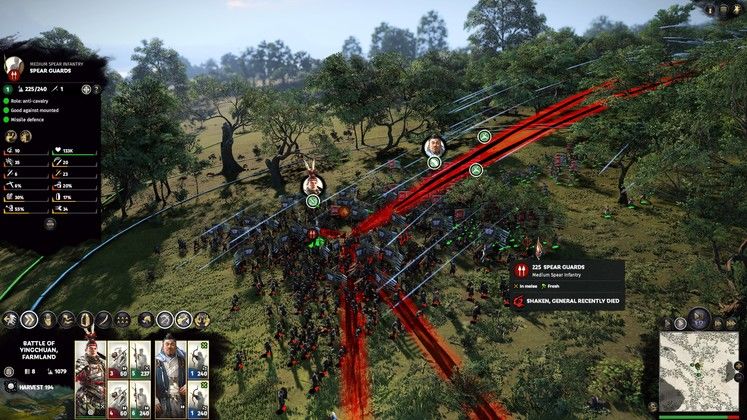 It’s amazing how much can change in four years. Leading up to 190 AD, the Han Empire was effectively broken forever when the tyrant Dong Zhuo deposed the emperor and burned the then Chinese capital Luoyang to the ground. Two years later, Dong Zhuo was murdered by his own general Lü Bu throwing China even further into chaos, and two years after that, everything is still going from bad to worse.

A World Betrayed is the latest DLC for Total War: Three Kingdoms, and unlike former campaigns - or faction-focused expansions, it is thematic – it focuses on the relationships of two men with their father figures, the same way that Warhammer II DLC focused on “The Hunt”, “Pirating”, or “lady Elves”. On one hand, you’ve got vanguard Lü Bu – a spoiled but gifted martial warrior who betrayed countless people. On the other, you’ve got commander Sun Ce – the honorable son of Sun Jian who inherited his father’s titles and who aims to make a name for himself in the world. 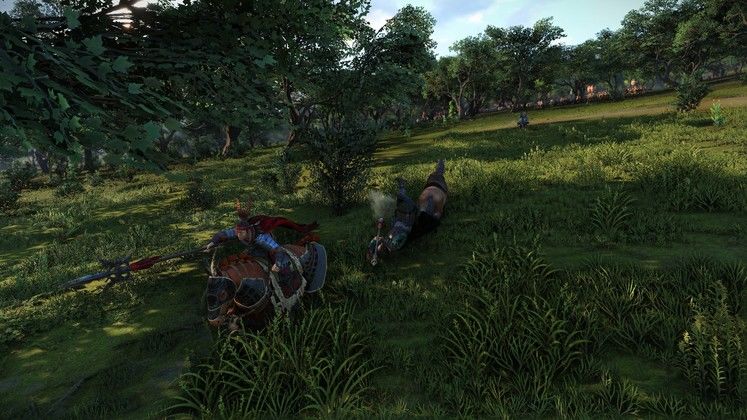 Lü Bu killed Dong Zhuo two years before, but has so far failed to carve a stable empire for himself from the ashes of China. His campaign starts near one of his own cities surrounded by four armies, representing the deep level of problems this man tends to attract upon himself. Faced with the decision of holding off Dong against Cao Cao armies or fight his way out through a weaker flank back to safety, Lu Bu players are put squarely into the mindset that this won’t be a relaxed campaign.

As one of the best fighters in China, Lu Bu is a force to be reckoned with. Aside from his unique Camp Crushers two-handed sword infantry and the Flying Riders armoured shock cavalry, his onslaught fervour in tactical scenarios translates into a Momentum mechanic in the strategic map that grants his faction huge bonuses including movement range, melee attack, and morale as long as he keeps defeating characters on the battlefield. His army is even able to reset its movement points after battle for a few Momentum points, tiring all troops but granting Lu’s forces unmatched operational ranges. 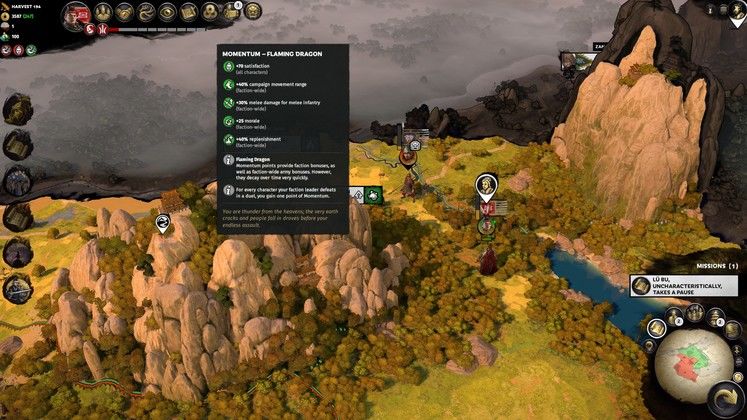 But the problem with momentum is that it must be kept. Every turn Lu Bu doesn’t murder or severely beat the crap out of someone results in lost Momentum, removing his bonuses and leading to problems. To keep up with that unbearable pressure, the warlord must constantly hunt the “Greatest Warriors” in China – a list of almost every character in 3K that must be defeated in battle to unlock permanent bonuses to Lu Bu’s faction, but which are gone forever if that character gets killed first by someone else. It is yet another rushing feature of a hectic character meant to be played at a breakneck pace.

Sun Ce is virtually the opposite. Starting as a vassal of Yuan Shu in Central China, Sun Ce can rebel against his overlord and make his way down south to his homelands, attracting his late father’s generals along the way. As a very honourable and respectable man, Sun Ce is adamant in fulfilling his father’s goals and perpetuating the “Legacy of Wu”. 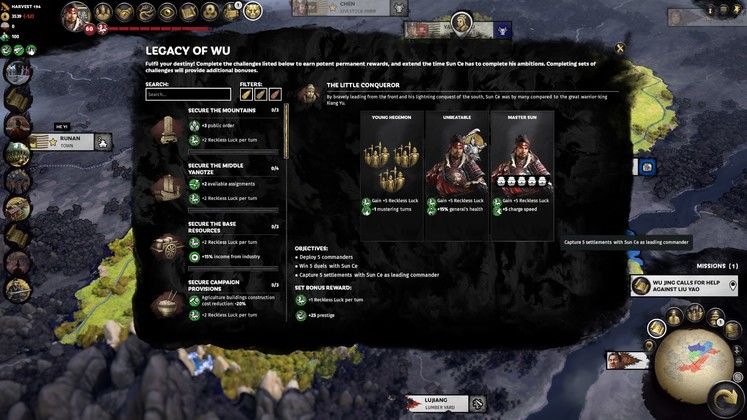 As cute as that sounds, it turns out to be extremely necessary. You see, Sun Ce is very reliant on his legendary luck – so reliant, in fact, that he immediately and magically expires the moment his luck runs out. Achieving goals from the “Legacy of Wu” list is the only way to steadily gain Luck per turn and stop the permanent -10 Luck decay every turn, eventually turning Sun Ce’s playthrough from a fight for survival to a more relaxed campaign.

Thankfully, as long as you have Luck and are not, you know, dead, Sun Ce’s factions get great bonuses from his fortuitous intimacy with Lady Luck. Increased campaign movement range, extra supplies, and a lower army upkeep allows him to beat back Yuan Shu and anyone in his way, and his unique Tiger Guard heavy spear infantry and Handmaid Guard medium sword cavalry pair off with his father’s Mercenary light Archers, medium axe Infantry, and medium spear Cavalry units for a varied and capable army. 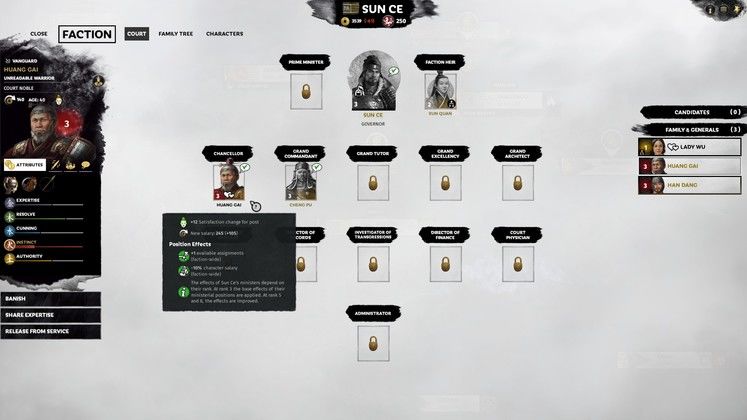 As far as DLC goes, AWB is rather enjoyable. The thematic method served Warhammer well, allowing CA to add wholly unique mechanics and properly sinking their teeth into the asymmetry of the setting instead of recycling new units as “culture packs”, and it’s good to see one of the best aspects of Total Warhammer making its way back to the main entries. While A World Betrayed is not as expansive as Mandate of Heaven’s prequel expansion, it adds two new factions that play completely different from any other in the game so far. If you love 3K and could use a more novel experience on your next playthrough, definitely give A World Betrayed a try.