The bottom line is, if gamers liked Battlefield 2, then they will undoubtedly like Special Forces as well.

EA is giving developer DICE "as much time and privacy" the studio needs to make Battlefield 3, so there's no marketing anytime soon.

In fact the publisher doesn't even want the press bothering them. A beta for Battlefield 3 is included in Medal of Honor Limited Edition copies. 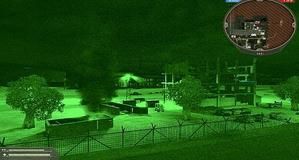