Ninja Theory, creators of Heavenly Sword and Enslaved: Odyssey the West, have released a video about the process that went into crafting the combat in their latest game – Hellblade: Senua’s Sacrifice.

Hellblade has changed dramatically since it was first shown off at Sony’s Gamescom conference back in 2014. The combat has been reworked to flow better than it did before as well as rewarding players for their skill. Ninja Theory introduced Cholé Bruce, Daisy Ridley’s stunt double in Star Wars: The Force Awakens, to see whether or not Senua’s movements were realistic. This proved to the developers that they could make the combat work perfectly for Senua.

Ninja Theory has unveiled the box art for its upcoming action title Hellblade, which revealed a new subtitle for the game; Senua’s Sacrifice. The official name update, according to the developer of DmC: Devil May Cry and Enslaved, is to reflect the protagonist's fractured mental state. 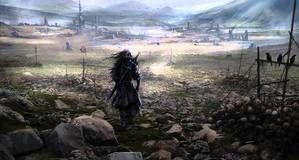