This is the latest and most outstanding title in the Total War franchise, any history RTS buff or fan of the series would be psychotically imbalanced should they choose to pass on this.

These are the best turn-based strategy games on PC, whose extensive planning, carefully crafted plots and tactics boiling over in slow-cooked tension set them apart from their peers.

The Legend of Zelda goes to battle in a Medieval II: Total War mod

See Nintendo's The Legend of Zelda universe as you've never seen it before, as Parallel Process has released the 3.01 version of their Medieval: Total War 2 mod Hyrule: Total War. 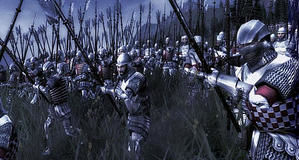