25 September 2014 | By Admin
Stop sacking Rome for 5 minutes and pay attention. Today Creative Assembly will be announcing where the drums of Total War are going next in their live streamed EGX presentation today @ 4PM GMT+1.

A rather large board with the latest Total War plastered on it has been snapped, but it's also been obscured by tape so we can't get an official name out of it. 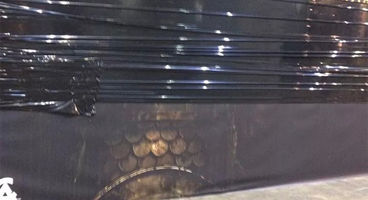 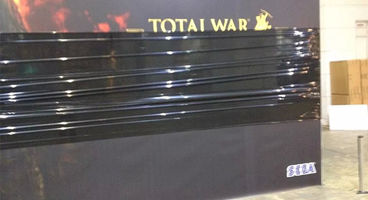 The photos have since disappeared but by the magic of 'save as', they've naturally been preserved elsewhere. We do see a long haired guy in scaled armour, but that's about it. It's possible this might be a revisit of their Medieval time period, given Creative's penchant for revisiting their past glories.

It doesn't seem to be anything related to Games Workshop, and by that I mean there's a distinct lack of green-skin to be anything Warhammer. Could this be Medieval III? We'll find out during the live stream @ 4PM GMT+1.