Has the one forgotten great managed to reclaim its title?

PES 2018 Is Going Heavy On The Realistic Reactions This Year

For years now, two competing football/soccer sims have been at each other's throats. Despite PES being judged the more accurate, enjoyable experience over FIFA, it's undoubtedly the branding that secures the win when it comes to sales.

Balls, and lots of them. Konami's own football - oh sorry, soccer sports videogame franchise has racked up a total of 70 million sold copies around the globe.

It continues to "uphold strong repeat sales" as they prepare to release PES 2012. Profit for Konami's first quarter of 2012 was up a very handsome 220 percent.

PES "gradually closing" in on FIFA

Konami is confident that Pro Evolution Soccer is gaining more success and renown against rival FIFA from EA Sports. There's no longer a "massive gap" there.

While they "may not outsell FIFA," it's certainly a success from their point of view. Their progress is "beginning to be noticed" by fans. Few years to 'rebuild PES'.

Huge overhauls to PES are being lauded by Konami who has just dated PES 2011 for October 8th in the UK for Xbox 360, PS3 and PC.

The PS2, PSP and Wii versions will arrive later in October. The studio has put in "truly open gameplay" this time around, it "has to be experienced".

The popularity tackling between PES and FIFA is a "healthy rivalry," says PES man Jon Murphy. It helps both franchises rise to the challenge.

Last 2 years have been "very difficult" for the team, feeling they had missed the mark each time. This year's PES 2011 "something very different". 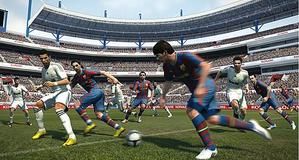 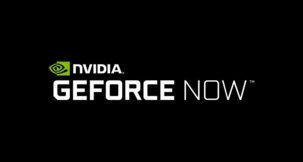