Another year, another battle of the footballing titans. Will it be Messi or Ronaldo? Manchester Blue or Manchester City? Pop on your best pair of high-riding 80's shorts, groom a makeshift Mark Lawrenson 'tash, and read on..

Bohemia Interactive isn't the only studio dealing with hackers stealing user info. Konami is reporting that the publisher has suffered over 35K unauthorized logins from nearly4M attempts to the Konami ID portal, used by Pro Evolution Soccer players, using IDs and passwords leaked from an unnamed third party.

Expect some elaborate monologues and boss fights in the next Pro Evolution Soccer as Konami says PES 2014 is using an "all-new engine" in the series as it adopts Kojima's Fox Engine from Metal Gear.

The PES team in Tokyo have "extended and enhanced" Fox Engine to meet the "complex demands" of PES. It lets the developers 'throw off the shackles' of previous tech limitations, says Konami.

Konami's PES 2013 will be receiving its next patch this December 20th, announces PES team leader Jon Murphy. Patch 1.03 will improve on the "acceptable" 2v2 mode to make it "even more intuitive".

The update also addresses the "overall balance of the game" with "a few aesthetic improvements here and there," thrown in for good measure. New goal celebrations have been added too.

It provides fans a "vast addition of stats and achievements" for both online and offline games. It also lets you join or create regional groups or private leagues. Social networking strikes again. 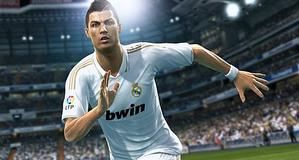 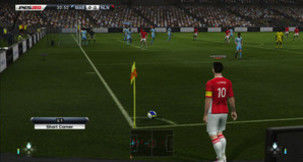