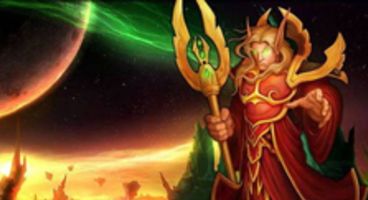 He feels the genre is generally "in a rut," with little exploration beyond 'what's safe'. The MMO game "is a platform," and there's many ways to get people together.

“I think MMOs in general are in a rut,” said David Brevik. “It’s still mainly WoW clones.” Studios needn't stick to the same flavours in theme, mechanics and techniques.

“Look at Ultima Online,” he said. “It’s an MMO, but the experience of Ultima Online was very different from World of Warcraft, yet everybody’s gone in that one direction."

“In reality, a massively multiplayer online game is a platform. It’s the ability to get people together in the same game to play at the same time,” he added in an interview. ”It doesn’t have to be limited to this one kind of game.”

Do today's MMOs all copy and paste the same general foundation of gameplay? Blizzard has said before they hope someone comes along to inject more life into a genre they've dominated for years now, as it would help World of Warcraft to flourish too.

What do you think of Star Wars: The Old Republic, or Guild Wars 2?