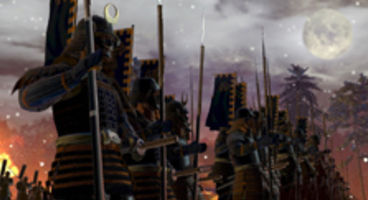 "Our UK internal studios are probably the bedrock of our business," said SEGA Europe SVP, Gary Dunn. "Certainly, when I was signing off our studio bonus scheme and I was signing of the incentives last week, for the second year both Sports Interactive and Creative Assembly are outperforming their business plans from a profitability perspective."

There'll be no 'Activision/Bizarre Creations' moments for SEGA and their UK teams any time soon. "These guys are on top of the game, it's a real testimony to the games they make," added Dunn. The British talent is leading SEGA's balance sheets.

Don't forget their other 'bedrocks' though. "But we have a spread - let's not underestimate what Sonic does for us, and what we've done with Mario and Sonic. Those are the behemoth titles that have done very well for us," said SEGA's Mike Hayes.

"I think SEGA's fortunate that we've got two excellent UK studios, but the point is the majority of sales, particularly for the Creative Assembly, really have to be outside of the UK. So it needs to have an international appeal - certainly with Total War we get that. I think we're in very, very good shape, actually." Total War sells like hotcakes for SEGA.

"It's interesting: Creative Assembly are seen as the jewel in the crown of SEGA. That's an interesting thing, I don't think that would have been a thought about that fifteen years ago - but probably Creative Assembly has the consistent highest quality in terms of gaming for any studio, so SEGA's very proud of both," Hayes continued.

"But as Gary says, when you break your targets, everyone's happy." Creative Assembly have been given a big project to undertake as they land the Aliens license for an all-new franchise which will be heading to the consoles. Total War: Shogun 2 now has DirectX 11.

Is it a little weird to see SEGA leaning on UK studios to deliver the bacon?