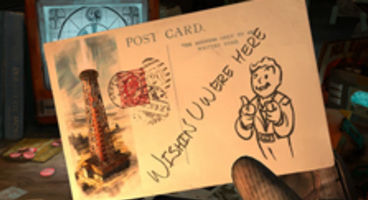 Troubled Interplay, both legally and financially, has issued a statement to the court in the ongoing case battle between the two saying Bethesda 'knew'.

What they 'knew' was that the MMO would use more than just the franchise name. They say Bethesda's claims would mean wrong "story, characters, and art".

The Fallout IP is claimed by Bethesda but Interplay aren't willing to let them off the hook for their attacks on the Fallout MMO being handled by Interplay, the original owners. They knew such an MMO would be using more than just the title otherwise it wouldn't work.

"Bethesda contends Interplay should have created an entire game of incompatible story, characters, and art and labelled it Fallout only in name," read the court filing. Bethesda claims the MMO would 'confuse' fans as it contradicts their own story elements.

Fallout Online is looking deader than ever and it's unclear how long Interplay can hold out financially before they're left with no choice but to call it a day.