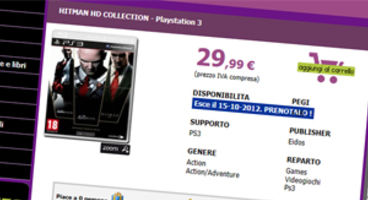 An Italian retailer lists Hitman 2: Silent Assassin, Hitman 3: Contracts and Hitman: Blood Money as part of a Hitman HD Collection for the PlayStation 3. It's out this October 15th, they say.

Those three Hitman titles are the 2nd, 3rd and 4th in the franchise. Hitman: Absolution releases November 20th. Are Eidos and Square Enix preparing a HD bundle for the bald guy?