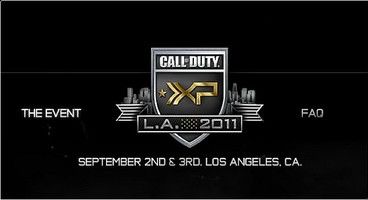 This year there will not be a convention, despite the success of last year's event, which featured live music performances, Call of Duty multiplayer matches, paintball, jeep off-loading, a full scale replica of Burger Town from Modern Warfare 2, as well as a $1M gaming tournament.

According to an Activision rep, "Last year's Call of Duty XP was a great way to celebrate our Call of Duty community and reveal Call of Duty Elite. Each year we try to surprise and delight our fans and this year we are planning to host some new experiences for our fans around the globe including at Gamescom later this summer in Cologne, Germany. While its possible we may host another XP in the future, we don't have plans to hold the event this year."

will be the major release in the series this year.