A Game of Dwarves

Pre-orders for A Game of Dwarves being taken

10 October 2012 | By Jonah A. Falcon
Paradox has announced that their strategy sim A Game of Dwarves is now available for pre-order for the PC version. Pre-ordering the game will include the Ale Pack DLC.

A Game of Dwarves can best be described as Dungeon Keeper mixed with The Settlers, Evil Genius and Dwarf Fortress. Paradox released a new trailer to give a better idea of what is involved.

Related Games:
A Game of Dwarves 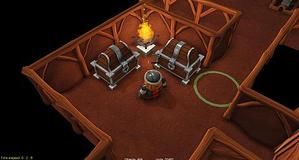