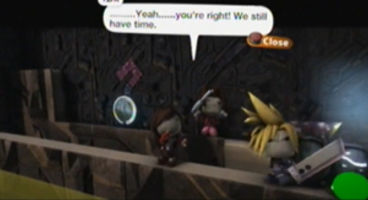 Think you are a dedicated Final Fantasy nerd fan? Well one Jamie Colliver has painstakingly surrendered six month's worth of his free time to reimagine Final Fantasy VII in LittleBigPlanet 2.

His work spans 20 levels of LBP2 using the officially released FFVII costumes for the sackboys. Colliver has aired his work through six YouTube clips containing two hours of gameplay.

This is some BAFTA level work right here. The LBP2-powered movie of Final Fantasy VII is available for your viewing pleasure below. A huge thanks to Jamie Colliver.