Dragon Age: Inquisition lets us "set a few of your own objectives to pursue"

05 September 2014 | By Simon Priest
Mike Laidlaw, BioWare's creative director for Dragon Age: Inquisition, has said their approach to the new RPG has been to put together a 'best of' for the franchise, such as taking Origin's tactical cam.

Making sure we have direct and fine control over our party is also key. Thanks to Frostbite and new hardware, BioWare can also tap into "that sense of discovery" they wanted since Origins.

The tactical camera is no longer a PC-emphasised way to play Dragon Age: Inquisition, says Laidlaw, as its a fundamental part of all versions of the RPG, not just desktop.

"Putting it on all 5 platforms, which was a fundamental decision from day one, and being able to retain our focus on that has really worked for Dragon Age which makes it kind of unique and stand out," explained Laidlaw, in an interview with GamingBolt. "Focusing on the party, party dynamics and interaction, both when you’re engaging in dialogue and when you engage in combat. You’ve got four characters direct under control the way you go." 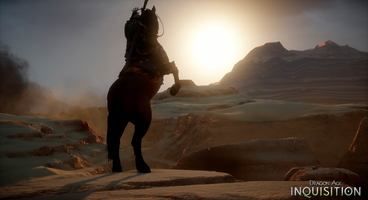 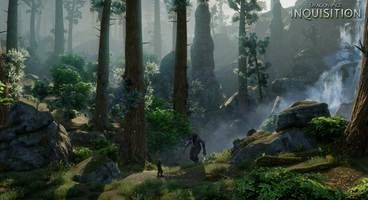 BioWare embraces DICE's Frostbite 3 engine for Inquisition, which was built for tanks and planes, not dragons. However all their retooling efforts have let them capitalise on the huge open spaces that tech supports. "With Inquisition, we’re letting you set a few of your own objectives to pursue your own goals and basically be able to crest the bridge and go “hey, what’s that thing down there? I wanna find out..” and that sense of discovery is just so much better," he said.

The sheer difference in scale is enormous with the entire level design of Dragon Age: Origins fitting into just one of the many regions of Inquisition. With such expansive lands to roam how does BioWare intend to keep side questing fresh and unique? We don't want to be just bogged down in 'go there, fetch that' errands.

"There is some value to the “go there quest” because it usually pushes you into a new section of the map. You don’t want that to be all you doing, that gets very boring very fast. A lot of the work we’ve done is to try and move away from “explicit” quests and instead talk about how there are opportunities."

"Over the course of the game we built up the awareness of “oh hey! I would get more power for my Inquisition if I establish a new camp or close raid rifts” and we did and that’s where we say “that’s where the camps and raid rifts!” Instead of explicit shallow questing we say hey “here is the stuff you could do, let us know what order you wanna pursue them in.”

If you don't want to explore to power up the Inquisition then chances are you'll still go roaming in order to get those crafting materials for all sorts of weapon and gear customisation that BioWare is including.

"Inquisition has crafting for weapons and armor which we’ve never done before. It’s kind of a material based system, so if you find iron you’re going to be able to make a sword. If you find silver-rite you’re gonna be able to make a much nicer sword and it will do more damage and so on," continued Laidlaw.

"Ultimately, this system is based around patterns and schematics. This sword takes some metal and you have a selection of metals and obviously you may want to use the best one, but you might have some that are comparable and say “oh no, I want the one that does extra damage to demons, etc..etc..” 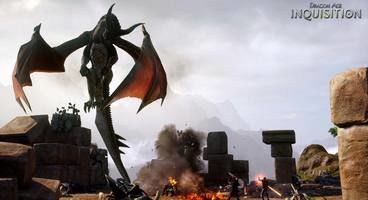 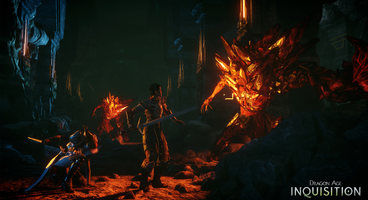 "So, you’re making choices, you’re trying to be kind of tactical with how you use it and you might have limited resources because you haven’t gone out and found any. When you make your own blade, I want you to feel like you built to your spec, but you can have the appearance you want."

The creative director also briefly touched on levelling in Inquisition and said they don't necessarily have a cap per-se, but instead use a soft-cap approach. "When you arbitrary just stop getting experience, it honestly kind of sucks in my opinion," he said. "The way experience is granted in Inquisition is as you tackle monsters and going after things and as they get too low level for you they stop granting you experience. This is a fairly standard RPG mechanic and by the time you’re capped out and no longer gaining experience, you’ve killed some of the toughest stuff in the world."

"You’re probably done with the game because you’ve killed almost everything, so that’s kind of our approach. It’s more of a soft-cap and there will be a point at which you stop leveling up somewhere."

Check out the full interview between Mike Laidlaw and GamingBolt.com for more. Dragon Age: Inquisition releases on PC, Xbox One, PS4, Xbox 360 and PS3 November 18th in the US, 21st in EU.