Enter the Belly of the Beast in Sniper Elite 3 DLC

22 August 2014 | By Nick Horth
Rebellion has released the second episode of its Sniper Elite 3 DLC campaign, Save Churchill Part 2: Belly of the Beast. Unlike the last episode, this one is set in an entirely new level.

You're off to the mountains of Morocco, where the Nazis have a hidden facility for creating experimental weapons and interrogating high-profile Allied prisoners.

This level looks like a mix of open cliff-sides with lots of verticality and cramped indoor sections where sniping gets a bit trickier. Definitely more appealing having a new environment rather than a rejigged level from the campaign, too. Here's Rebellion's plot blurb:

"Nestled high in the outlying mountains of North Morocco, a concealed Nazifacility straddles the steep canyon sides, mass-producing a newgeneration of experimental weapons. But the factory hides an even darker secret – the interrogation of Allied prisoners for intelligence on the movements of the Allied leaders in the run up to the Casablanca conference. Behind it all stands Raubvogel – mastermind of the Schutzvollstrecker, asecret faction of the German military, and would-be assassin of inspirational wartime leader Winston Churchill."

Belly of the Beast is out now on Steam for $6.99. The Eastern Front Weapons Pack is also out if you fancy a few new tools. 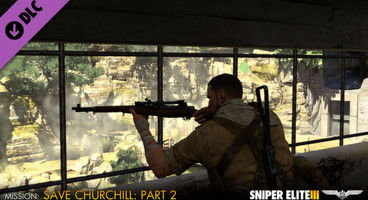 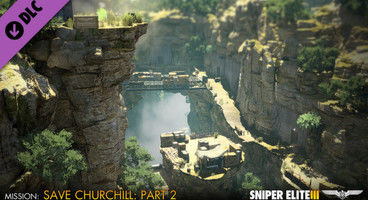