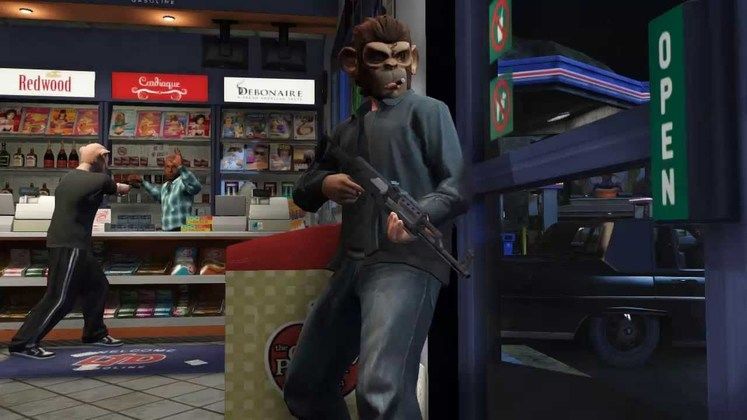 Right now, GTA Online's Freemode is a pretty dull affair; unless you like getting shot in the back of the head by psychotic strangers, there's not really much to do unless you head to a mission icon, or kick off a Heist.

Starting from next week however, Rockstar is introducing a bit more unpredictability and excitement to your open world wandering. New Freemode Events will occur randomly around the city, dragging you into spontaneous events and challenges.

"One of these events can kick off at any given moment while in Freemode," explains Rockstar, "and you can customize your session to decide exactly which ones will happen – so you can play as much or as little of this new content as you like. With countless variations on each Freemode Event, there are tons of unique new experiences, each offering new opportunities for reaping GTA$ and RP in GTA Online.

"Feeling locked and stocked? Look out for King of the Castle – an every man for himself turf war where you’ll need to ascend and claim the designated ‘castle’ as your territory – and then fend off everyone else as they go all out to dethrone you. Form fragile alliances and work together in modes like Hunt the Beast, where one volunteer is temporarily transformed into a faster, stronger, beastly character who must escape relentless pursuers. Freemode Events also take the shape of insane stunt challenges, such as popping the longest wheelie, catching the most air in a land vehicle, or performing the most near misses in a vehicle without crashing."

Also on the way in next week's update are two new Adversary Modes. Hunting Pack traps you in a vehicle that's been given the Speed treatment - slow down and a bomb will go off, so you'll have to zip about while avoiding the opposition, who are trying to ram you off the road. Cross the Line sees two heavily armed teams placed on opposite ends of a map, and tasked with heading into the enemy's area to secure capture points.

Look out for the Freemode Events Update on September 15.