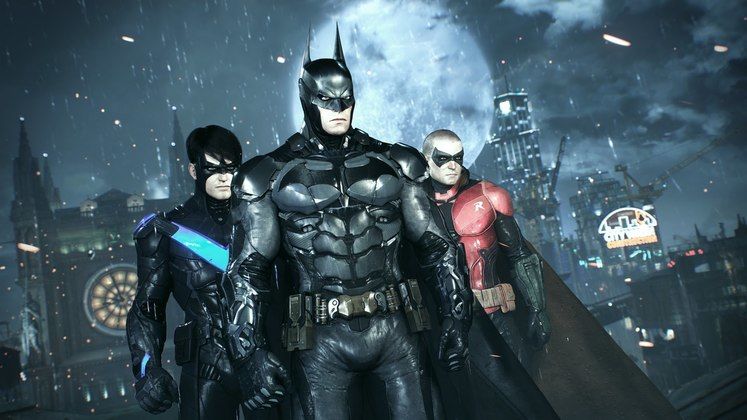 For some nonsensical reason WB and Rocksteady decided to remove the ability to play as characters other than Batman in Arkham Knight's AR challenges, despite the fact that it was one of the main features that kept users playing the previous games way past launch.

Thankfully, they've decided to go back on that stance with a free update coming this October - at first it'll only be implemented for Combat maps, but it's also coming to the stealth-based Invisible Predator sections this November.

It's part of a frankly ridiculous amount of paid DLC and extra free content coming to the game over the next few months. A lot of this consists of extra skins, which will either be something you're into or something you couldn't care less about, but there are also new mission and levels on the way.

In November two more of those short 'Arkham Episodes' will drop, one starring Catwoman and the Riddler, and one featuring Robin take on Two-Face. Each episode will also come with a Combat AR challenge map. In December the more expansive Season of Infamy: Most Wanted Expansion will drop, adding further side-missions to the main game starring villains Killer Croc, Mister Freeze, Mad Hatter, and the League of Assassins.

You can find a thorough run-down of the new content here. No pricing has been announced just yet. You still can't actually buy the game on PC, of course, but Rocksteady and WB are trying to sort that out.