In just over a year, the sequel to the Warhammer meets Football mash-up 'Blood Bowl' has amassed half a million players. And you know what that means? More content!

After a year out on the field, fans can look forward to getting a slew of new races to bash skulls on the pitch later in the year with the game's stand-alone 'Legendary Edition' release. 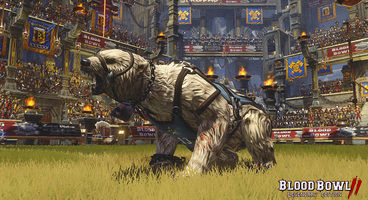 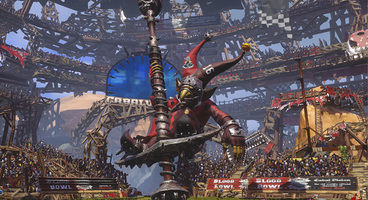 Scheduled for a Quarter 3 2017 release across all available platforms, Blood Bowl 2: Legendary Edition will bring more of the races typically featured in the original Games Workshop tabletop edition of the series while introducing some new beings completely exclusive to this version - like the Kislev Circus and their comically expected Tame Bears with their own Star Players and the Khemri Stadium situated at the base of their intimidating pyramids.

More new races will accompany the addition of new game modes, traditional content and a more diverse and expansive set of tools to tweak the already extensive array of multiplayer switches. A solo career and Challenge mode will make an appearance with the ability to mix races between teams or to focus on a team built with nothing by Star Players.

Blood Bowl 2: Legendary Edition will be offered as a complete pack for newcomers with owners of the base game getting a discount to bring it more in-line with that of a typical expansion. It should be available later in the year.