Fending Off The Idea Of A Remaster, Warcraft III Gets Another Substantial Patch

With the StarCraft remaster still very much on the way, eager crowds ask continue to ask the question - 'what about a Warcraft III remaster?' With the 2003 RTS classic receiving a new PTR update today, we can likely assume a remaster still isn't really on the table.

The reason? It's a pretty big update. Visual tweaks, spacing changes, map alterations - they're all there. They're the kind of changes you'd actually expect a develop to just throw into a potential remake/remaster, but Blizzard has applied them to the standard game. 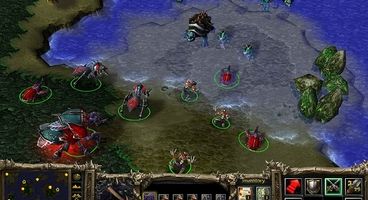 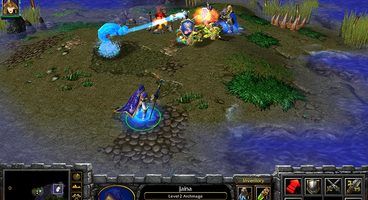 Outlined in a forum post by Chris Stillwell, maps are seeing the brunt of the changes. There's no unit balance tweaks after all these years, but things have been altered to improve things like unit mapping and visual clarity.

We've Been Around For A While Now. So Long That We Actually Still Have Our 2003 Review Of Warcraft III

Trees, for one thing, have been shrunk to essentially free up some screen space, meaning players should be able to more easily glance at more necessary areas of the battlefield rather than being obscured by foliage. That, and they're hoping it should help with unit pathing, meaning expect your units to make some better route choices going forward. In the case of 'immersion', the team have decided to add extra cliff lines and deep water to the map edge. Every little helps.

The full list of changes can be viewed over on the official Blizzard forums. There's a number of changes to 'creep camps' too, that should help balance the early and late games a little better. Are you still playing Warcraft III enough to care? We should hope so.