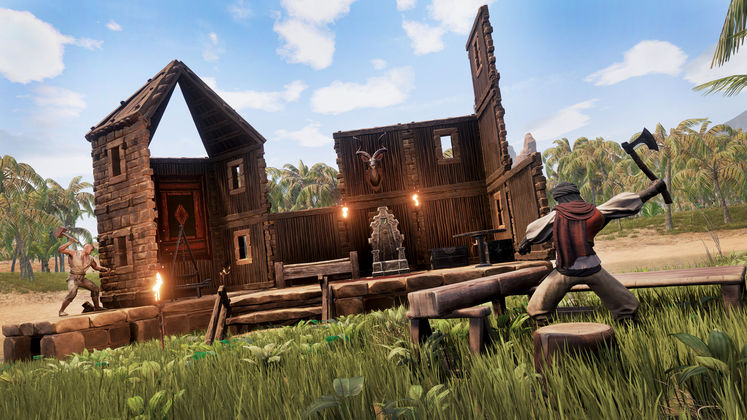 The survival game genre has risen to huge prominence in the industry over the past few years, kicked off by the likes of Rust and DayZ only to explode with countless games - both indie and AAA - flooding the market. The definition of what constitutes a survival game shifted and expand over the years, and isn't entirely nailed down - do survival horror titles count as the same genre as, say, Rust? Many survival games have zombies, which is definitely a horror element, but gameplay varies greatly. An offshoot of survival games are Battle Royale games, which has arguably become its own subgenre, but still falls under survival for the most part.

With survival games dominating the streaming scene and breaking player records left and right, it's an understatement to say the genre is popular, and the industry isn't blind to this. There are a bunch of interesting and exciting survival games are on the release horizon, both close and far. Some can already be played in early access, while others follow a more traditional release format with only alphas and betas giving fans chances to try out the games prior to launch. We've collected some of the most promising upcoming titles, so you know which games to follow.

Hunt: Showdown pushes the survival genre further into the Battle Royale direction by cutting out many of the typical survival elements like loot and hunger/thirst states. A bunch of players are plopped down into a grimy, dirty, dark, dusty and altogether unpleasant map filled with other creatures and monsters, including your run of the mill zombies. The task is to be the last man standing, naturally. 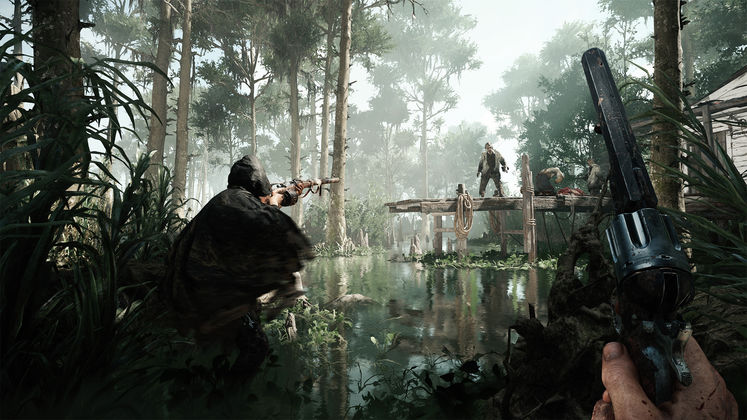 Hunt geared most of its elements towards creating a very tense atmosphere. Micromanagement has been mostly cut out in favor of full immersion. The environment works as much to your favor as it is your enemy, offering both cover and suffering, wounded horses who freak out when you go near them, thus revealing your location to everyone else. The game's day/night cycle adds another layer of tension, as the same NPC enemies who are mostly docile during the day become a true menace come nightfall.

When Metal Gear Survive was announced, it took a lot of flak, which is understandable. Konami practically ousted Kojima from the franchise he is best known for and decided to turn it into a game that looks like an obvious double cash-in on the IP recognition and the draw of one of the most popular genres (which doesn't really fit the IP at all). Survive piggybacked off a story beat in Phantom Pain to be relevant to the lore while also having a bunch of red-crystal-faced zombies in it. 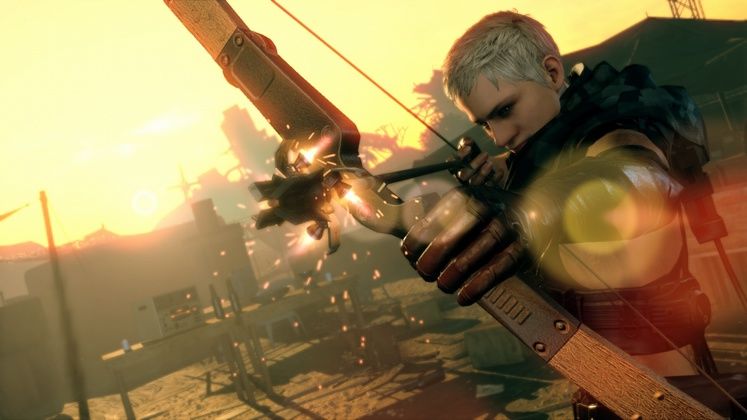 However, once press actually got to play some of the game, opinions started shifting. There is still plenty of negative feelings towards the game online, but it seems that mechanically it's more than sound with interesting crafting options, a focus on team play and an intriguing (if dusty) setting. Many of MGS:V's gameplay mechanics transition over to Survive, but it is adding plenty of its own twists and turns to the experience.

The survival game somehow shoehorned into the Conan universe was made famous upon its early access release for the included feature of being able to adjust the size of your character's gentials, which are explicitly shown in full view, and react fully to the physics engine. While Conan: Exiles made the most headlines thanks to its flapping dongs, there is a whole lot more to the game. 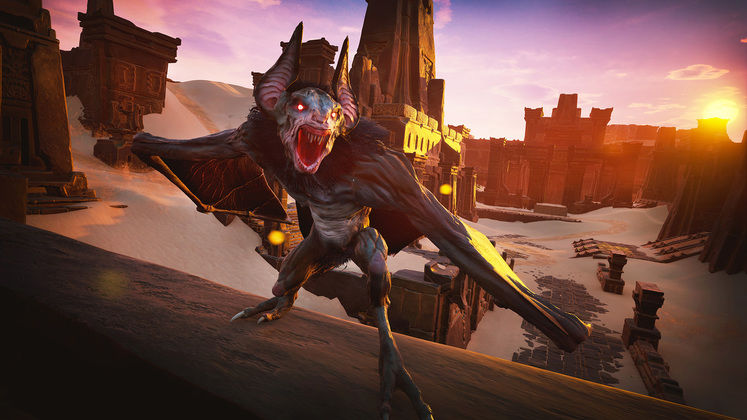 Exiles sort of tries to blur the lines between survival and persistent MMO with a thrall system. The human NPCs of the game world are, by default, hostile to the player, but can be "enthralled" to serve you. The NPC's profession determines their use, with different thralls offering bonuses like faster crafting or personal defense. In its current state, Exiles is absolutely playable with most features in place, but there is still a lot to be added before full release.

Scorn is an intriguing indie project that gained media traction on virtue of its unique and creepy visual style. Clearly inspired by the works of H.R. Giger from the Alien franchise, the world of Scorn is techno-organic in the most unsettling way possible. Everything has a biological nature to it, from weapons, to interactable consoles all the way to the doors themselves. The hallways look like the interior of arteries or intestines. 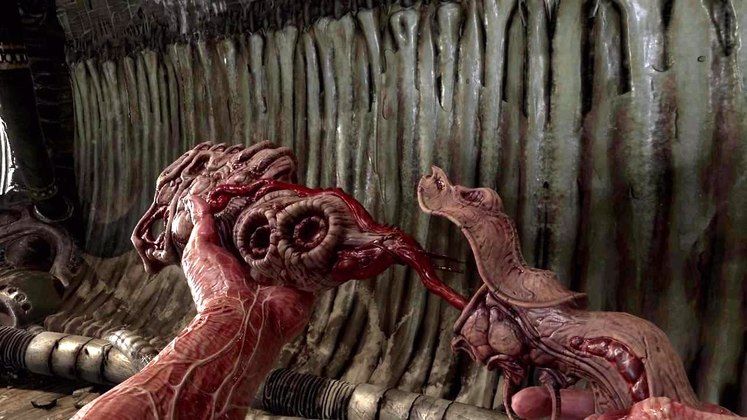 Scorn is more survival horror than full on survival, but places a huge focus on immersion by avoiding cutscenes and a HUD entirely, leaving players to their own devices to figure things out and even interpret the rather fluid storyline. While we don't doubt the game has some traditional scares hidden in it, the operative word here is "unsettling" or "creepy" rather than full on "scary". It might not get your heart racing like other games, but it is more likely to stick with you once you've stood up from the screen.

The most frequently used survival game setting is, without a doubt, the post-apocalyptic with zombies. No other setting is found quite as frequently, but it seems that outer space is one of the rarest. This is where Astroneer comes in, a survival game set in space, where stranded astronauts must gather the resources not only to survive, but to build all kinds of gadgets and vehicles that will make that whole survival business easier. 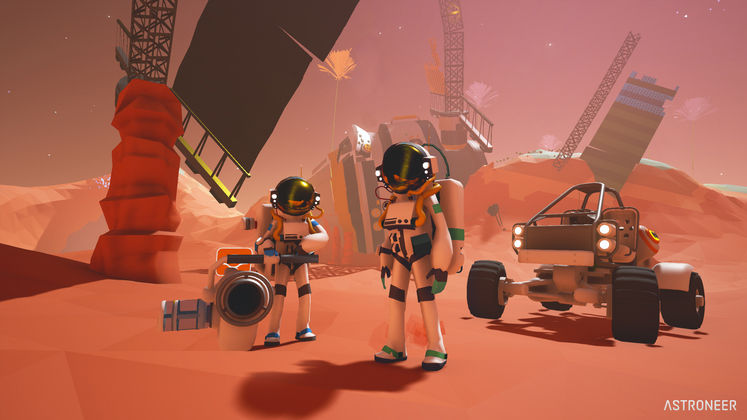 While in mechanics Astroneer doesn't differ too much from most of its brethren - that's not to say there aren't a few unique touches - it mostly thrives on its setting. Colonising new, alien worlds while scrounging up a living and finding all the resources needed to expand your base or build vehicles necessary to reach new areas feels fresh even to a survival game veteran. The game is currently playable in early access, with a ton of features yet to come.

The list of upcoming noteworthy survival games doesn't end there, but we're bound to have missed some that particularly deserve a place in this article. If you have an interesting survival game you've been anticipating for a while now, feel free to name drop it in the comments! 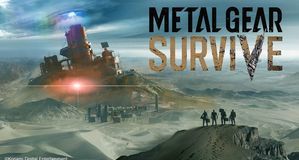