Australia Isn't able to Purchase Crusader Kings 3 Yet Due to Ratings, Claims Paradox 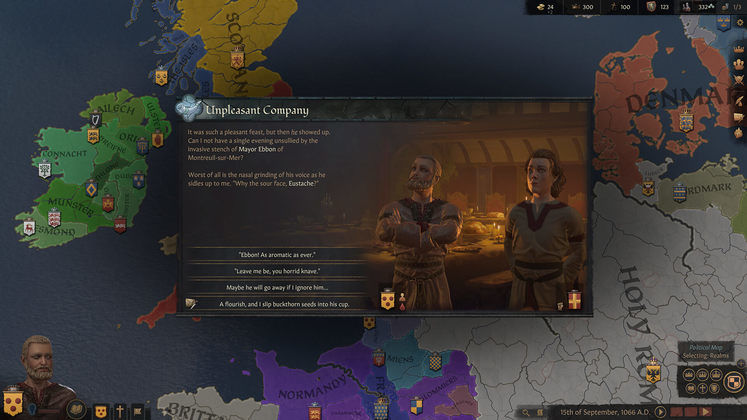 Update #2: Paradox has revealed that Crusader Kings 3 will be purchasable on Steam in Australia "in a few hours". On top of that, it is extending the pre-order bonus window on steam for Australian users until later this month.

"Steam will resume its sales a few hours after this post, in the middle of the night for our Australian readers. You will be able to purchase, install, and enjoy Crusader Kings III very soon.

Go forth and forge your kingdom to tell your own story!

In regards to the Pre-Order bonuses, we have decided to extend the Pre-Order Bonus window only on Steam for all our Australian fans until Monday Sep. 21, 19:00 CEST.

This way you too will get a chance to don the Garments of the Holy Roman Empire!"

Update #1: Paradox has issued a statement revealing that CK3 has been rated by the Classification Board, promising more details this week.

"Greetings Kings and Queens! We have received a rating of MA15+ from the Australian Classification Board. This means that you will soon be able to purchase and play Crusader Kings III if you live in Australia. For Game Pass users, your access to the game will resume shortly!"

Original: Crusader Kings 3 is out now, but if you're Australian, you're likely unable to purchase the game on both Steam and Paradox's own store.

The issue isn't new either, dating back to August, when users spotted that pre-orders for Crusader Kings 3 were not available in both Australia and New Zealand.

"Currently the sales of CK3 in Australia & New Zealand are halted as we are investigating matters having to do with age ratings. We’re working on resolving this as soon as possible and Paradox will honor already placed pre-orders." the official Crusader Kings Twitter account answered to a user inquiry on August 21. 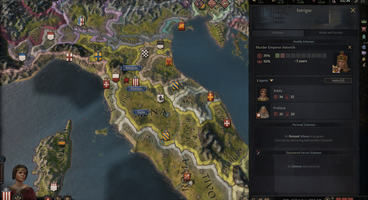 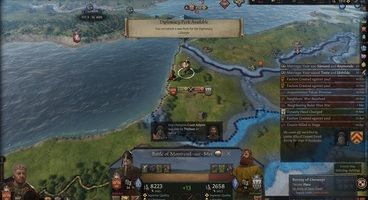 If the situation in New Zealand was resolved soon after, publisher Paradox Interactive acknowledged on August 26 that it did not "expect this situation [in Australia] to be resolved before the global release" which, sadly, was the case.

Australia's Classification Board is known for being considerably less lenient when it comes to the types of content it allows in games, which has resulted in delays or titles not being given the green light for release in the region.

Crusader Kings III is known to feature stuff like incest, extramarital affairs and murder which could, potentially, affect its Australian release. At the moment, though, it's not clear what's holding it back.

When Kotaku Australia contacted the Classification Board, it answered by saying that it "has not received any correspondence from Paradox Interactive or Koch Media in relation to the game Crusader Kings III".

Koch Media was brought up because it had previously distributed physical copies of Paradox games, however, it is not involved with CK3. The publication also reached out to Paradox, which answered with the following:

"Up to this point, we’ve been handling the ratings classification issue through an intermediary body, not the classification board directly. We don’t have any more details to share, I’m afraid, since a lot of this process has to, necessarily, be kept between the parties involved. We hope that things will be resolved soon, so our Australian audience can enjoy Crusader Kings III."

What's certain is that Crusader Kings III does not have its own entry on the Classification Board's website, which also gave CK 2 a PG rating for mild violence and online interactivity.

Given this unclear situation, Australian players have discovered workarounds in purchasing the game from other online retailers, ultimately allowing them to play Crusader Kings III.

For our thoughts on Crusader Kings III give our review a read. We also have several guides covering topics like console commands and cheats, technology and holdings.